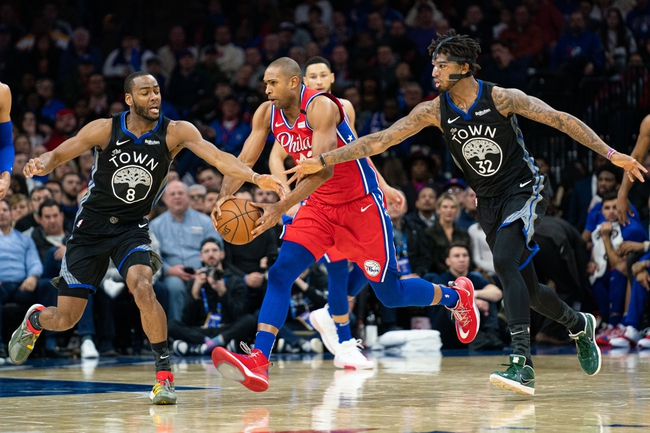 The Philadelphia 76ers pay a visit to the Golden State Warriors at the Chase Center on Saturday night.

The Philadelphia 76ers have been in decent shape lately as they’ve won seven of their past 11 games and they will be looking to build some momentum after blowing past the Kings in a 125-108 road win on Thursday. Tobias Harris led the team with 28 points. 14 rebounds and three assists, Shake Milton added 20 point, Al Horford racked up 18 points with eight rebounds and six assists while Alec Burks chipped in with 17 points off the bench. As a team, the 76ers shot 49 percent from the field and a healthy 17 of 37 from the 3-point line as they set the tone with 63 points in the first half to lead by 10 points at halftime, before putting the game out of reach in the third quarter where they pushed the lead out to 20 points to put the game to bed early.

Meanwhile, the Golden State Warriors have been a horror show all season and they’ve lost 15 of their last 19 games, but there is some room for optimism despite falling to the Raptors in a 121-113 home loss on Thursday. Stephen Curry returned from a 58-game absence to lead the team with 23 points and seven assists in 27 minutes of action, Damion Lee added 23 points, Andrew Wiggins scored 21 points while Marquese Chriss chipped in with 17 points, 12 rebounds and four assists. As a team, the Warriors shot 40 percent from the field and 14 of 52 from the 3-point line as they rallied back from a 14-point deficit to tie the game early in the fourth quarter, only to fall just short as the Raptors responded with a pivotal 10-2 run to reclaim control and run away with it late.

Ben Simmons, Joel Embiid and Josh Richardson are all still missing from the lineup, so the 76ers will once again be severely shorthanded for this one. The Warriors have been tough to watch all season, but nothing changes the mood of the team like having Curry back on the court as his instant offense just makes everyone better. The 76ers are 8-2 ATS in the last 10 meetings overall, but with the team so shorthanded, I think the Warriors do enough to get the win here.