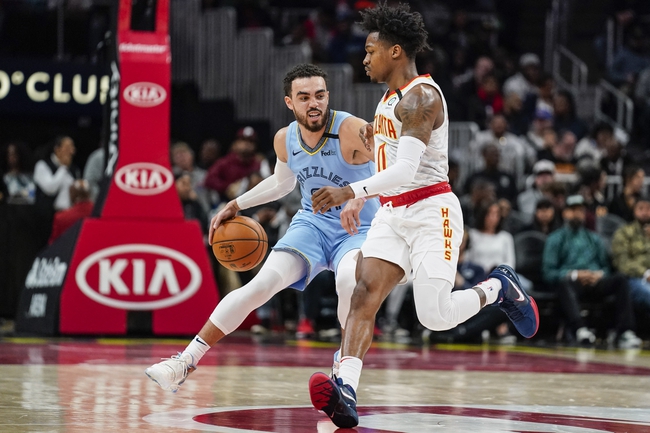 The Atlanta Hawks and the Memphis Grizzlies do battle at the FedExForum on Saturday night.

The Atlanta Hawks have been in decent form lately as they’ve split their last eight games and they will be hoping to bounce back after last night’s 118-112 road loss to the Wizards last night. Cameron Reddish led the team with 28 points on 11 of 17 shooting, John Collins added 26 points with 10 rebounds and two blocks while Kevin Huerter chipped in with 14 points and 11 assists. As a team, the Hawks shot 53 percent from the field and 12 of 32 from the 3-point line as they started well with 34 points in the first quarter, but they couldn’t keep up the pace and found themselves trailing by 19 points before pouring in 37 points in the fourth quarter to keep the final scores respectable.

Meanwhile, the Memphis Grizzlies were riding a three-game win streak before getting stopped by the Mavericks in a 121-96 road loss last night. Josh Jackson led the team with 16 points off the bench, Dillon Brooks added 15 points, Jonas Valanciunas scored 14 points with 11 rebounds while Ja Morant chipped in with 11 points and eight assists. As a team, the Grizzlies shot just 46 percent from the field and nine of 30 from the 3-point line as they were slow to get going and quickly found themselves trailing by 12 points at halftime, before things got real ugly in the third quarter where the Grizzlies trailed by as many as 33 points.

Trae Young has been dealing with an illness and his status for Saturday is unclear. The Hawks have been more than decent in their last eight games and they were close to a big comeback win against the Wizards last night. The Grizzlies were building some nice momentum with three straight wins before laying an egg in last night's road loss at Dallas. Both teams are playing this one on zero days rest, but the Grizzlies being the healthier team, I'm going with the home team to get the win and cover in this one.