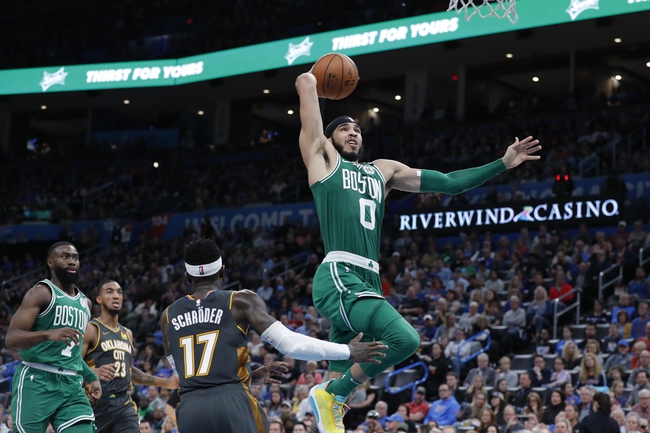 The Oklahoma City Thunder and Boston Celtics meet Sunday in NBA action at the TD Garden.

The Boston Celtics play their best ball at home where they're one of the better teams in the league, but they're still banged up and it's led to some odd results these last couple of weeks. The Oklahoma City Thunder have not only won 11 of their last 12 road games, but they're 22-8 against the spread on the road. Blindly backing OKC on the road this season has you ready for retirement. Not going against what's worked all year.