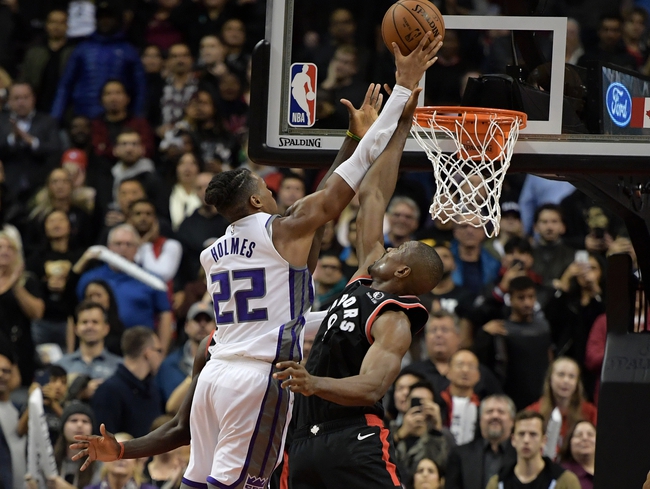 The Toronto Raptors pay a visit to the Sacramento Kings at the Golden 1 Center on Sunday night.

The Toronto Raptors have been in great shape as they've won 19 of their last 23 games and they will be aiming for a third straight victory after outlasting the Warriors in a 121-113 road win on Thursday. Norman Powell led the team with 37 points on 13 of 21 shooting, Kyle Lowry added 26 points with 10 assists, Pascal Siakam scored 17 points with five assists while OG Anunoby chipped in with 14 points. As a team, the Raptors shot 47 percent from the field and 13 of 41 from the 3-point line as they found themselves in a real battle with Stephen Curry and the Warriors until the fourth quarter where they were able to pull away for the win.

Meanwhile, the Sacramento Kings have been playing some of their best basketball of the season as they've won 10 of their past 14 games and they will be looking to stay hot after taking down the Trailblazers in a 123-111 road win last night. Bogdan Bogdanovic led the team with 27 points and eight assists, Buddy Hield added 22 points off the bench, Harrison Barnes added 20 points while De'Aaron Fox chipped in with 14 points and 11 assists. As a team, the Kings shot 48 percent form the field and a sizzling 21 of 39 from the 3-point line as they set the tone with 40 points in the first quarter before pushing out the lead to as many as 26 points in one of their best wins of the season.

Both teams are coming into this game with plenty of momentum so I'm looking forward to a close contest here. The Raptors are just 6-13 ATS in the last 19 meetings in Sacramento but they could get back both Marc Gasol and Fred VanVleet in this game, which would be massive for their depth. I'm tempted to take the Kings with the points at home, but they're playing on zero days rest so I'm leaning towards the Raptors to get the win and cover here.