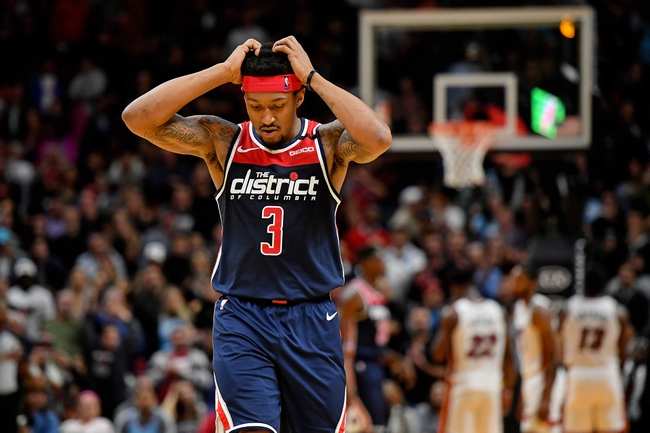 The Miami Heat and the Washington Wizards collide at the Capital One Arena on Sunday night.

The Miami Heat have been in decent form lately as they've won five of their last eight games, but they are coming into this one looking to bounce back after having their four-game win streak halted by the Pelicans in a 110-104 road loss on Friday. Jimmy Butler led the team with 28 points and six assists, Duncan Robinson continued his hot shooting with eight 3-pointers on his way to 24 points while Goran Dragic chipped in with 15 points off the bench. As a team, the Heat shot 43 percent from the field and nine of 33 from the 3-point line as they struggled early in the game to fall behind by as many as 19 points before a fourth quarter rally came up just short.

Meanwhile, the Washington Wizards have been in rough shape as they've lost six of their last nine games, but they will be aiming to build some momentum after taking down the Hawks in a 118-112 home win on Friday. Bradley Beal led the team with 35 points on 13 of 21 shooting, Davis Bertans added 17 points off the bench while Jerome Robinson chipped in with 14 points and five assists. As a team, the Wizards shot 47 percent from the field and 15 of 31 from the 3-point line as they took poured in 64 points in the first half, before outscoring the Hawks by 29-18 in the third quarter to lead by as many as 19 points before the Hawks rallied late.

The Heat have really cooled off lately and they haven't been good when playing away from home as they are 0-4 ATS in their last four road games. The Wizards aren't a good team, but they're enjoying playing the role of spoiler, especially Beal who is capable of lighting up the scoreboard on any given night. The Heat are just 1-5 ATS in the last six meetings overall and I think that trend continues as the Wizards push them in a close one.