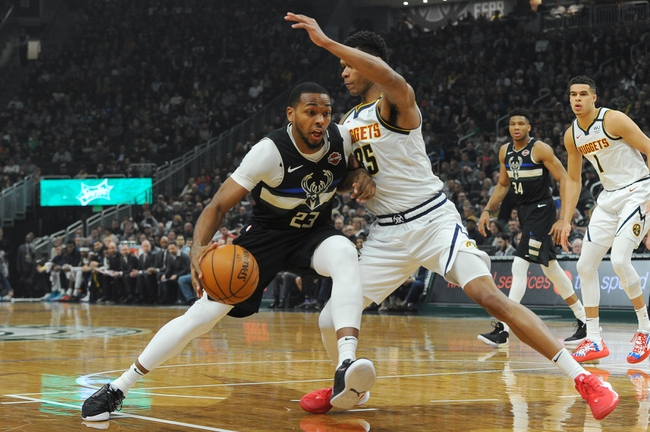 The Milwaukee Bucks and Denver Nuggets meet Monday in NBA action at the Pepsi Center.

The Milwaukee Bucks are on the end of a back to back after getting smacked by a subpar Phoenix Suns team, and they'll be without Antetokounmpo yet again. The Denver Nuggets aren't the most consistent team in the world, but they win at home by an average go 5.8 points while shooting 48 percent from the field. Denver also isn't a place you usually want to play on the end of a back to back, as the change in altitude can really kill players already dealing with tired legs. With no Antetokounmpo, the Nuggets should get the job done here.