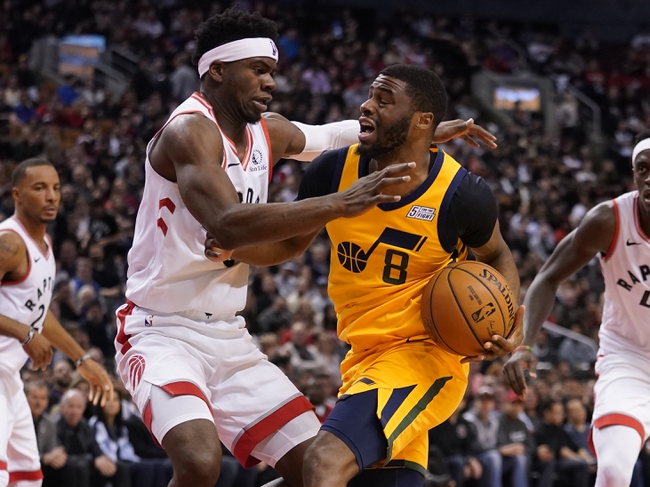 The Toronto Raptors pay a visit to the Utah Jazz at the Vivint Smart Home Arena on Monday night.

The Toronto Raptors have been in decent shape lately as they've won five of their last eight games and they will be aiming for a fourth straight victory after sneaking past the Kings in a 118-13 road win last night. Norman Powell led the team with 31 points on 11 of 21 shooting, Kyle Lowry added 30 points with eight assists on 10 of 15 shooting, Pascal Siakam scored 23 points with eight rebounds while Serge Ibaka chipped in with 15 points, 10 rebounds and five assists. As a team, the Raptors shot 47 percent from the field and 19 of 48 from the 3-point line as they struggled in the early going, before running away with it in the fourth quarter where they poured in 40 points to escape with the narrow win.

Meanwhile, the Utah Jazz have been in a nice groove lately as they are coming into this game gunning for a sixth straight victory after taking down the Pistons in a 111-105 road win on Saturday. Bojan Bogdanovic led the team with 32 points on 12 of 18 shooting, Donovan Mitchell added 25 points while Rudy Gobert chipped in with 10 points, 12 rebounds and two blocks. As a team, the Jazz shot 51 percent from the field and 10 of 33 from the 3-point line as they set the tone defensively by holding the Jazz to just 39 points in the first half to lead by as many as 22 points, before escaping with the win as the Pistons rallied late.

Fred VanVleet sat out last night with a shoulder injury but could return for this game which would be a major boost for the Raptors. The Jazz are coming into this one with plenty of momentum as they've reeled off five straight wins, butt hey are just 0-4-1 ATS in their last five games. The Raptors are also 6-0 ATS in the last six meetings in Utah and I think that trend continues here as I trust the Raptors much more than I trust the Jazz who have been streaky all season.