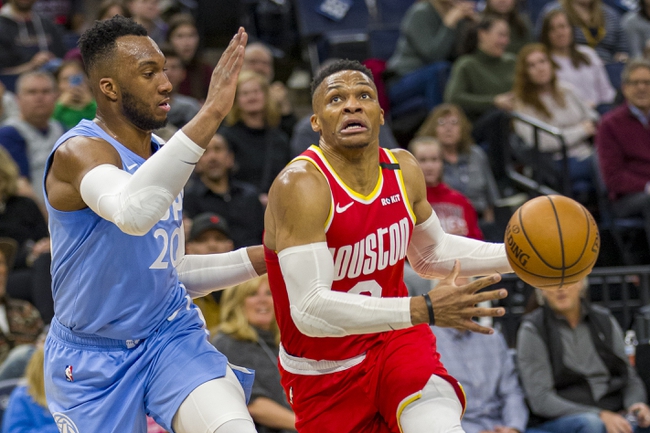 The Minnesota Timberwolves and the Houston Rockets duke it out at the Toyota Center on Tuesday night.

The Minnesota Timberwolves have been in a bit of a slump as they've lost nine of their past 12 games and they will be hoping to avoid a third straight defeat after getting routed by the Pelicans in a 120-107 home loss on Sunday. Malik Beasley led the team with 21 points on eight of 20 shooting, D'Angelo Russell added 19 points with five assists while James Johnson chipped in with 15 points and four assists off the bench. As a team, the Timberwolves shot 39 percent from the field and eight of 33 from the 3-point line as they trailed by eight points at halftime, but they couldn't keep up in the third quarter where the Pelicans picked up the pace to push out their lead to as many as 20 points.

Eric Gordon is considered questionable for Tuesday with a knee injury while Ben McLemore is questionable due to an illness, so the Rockets are likely to be shorthanded once again in this one. However, even with the injuries, the Rockets should have more than enough firepower to get past the slumping Timberwolves who have little to play for at this stage of the season. The Rockets have looked a little shaky in their last four games, but I'm sure they can snap out of their funk with a win here. However, the line is just too hefty to justify taking the Rockets in this spot, so I'm taking the points here.