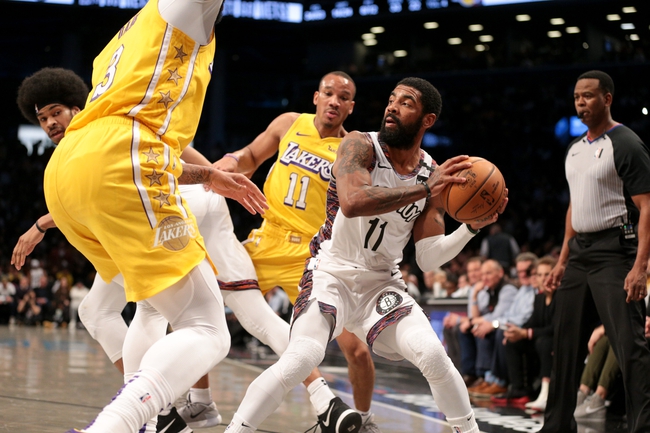 The Brooklyn Nets and Los Angeles Lakers meet Tuesday in NBA action at the Staples Center.

The Los Angeles Lakers are playing their best ball of the season and should be riding high on confidence, but there is a bit of a letdown spot here after beating the Bucks and Clippers, two monster victories that kind of set a statement to the rest of the league. The Lakers are also just 12-11-1 against the spread this season as a double-digit favorite. This is only the second time this season the Brooklyn Nets will be double-digit underdogs, and they're playing some decent ball over the last week or so. Because of the letdown factor, I'm going to side with the Brooklyn Nets and the free buckets.