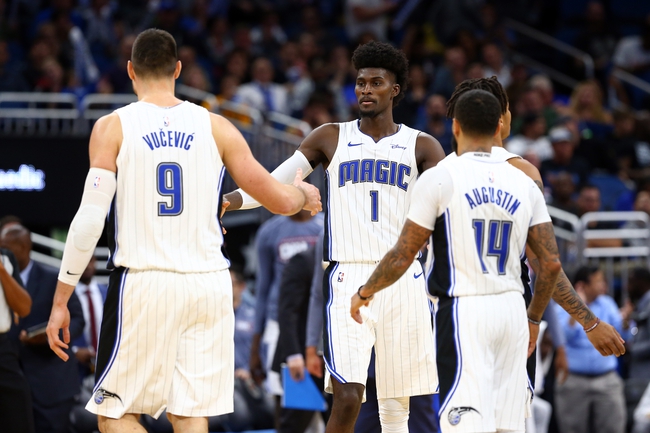 The Orlando Magic pay a visit to the Memphis Grizzlies at the FedExForum on Tuesday night.

The Orlando Magic have been in decent form lately as they've won seven of their past 11 games and they will be aiming for a third straight victory after blowing past the Rockets in a 126-106 road win on Sunday. DJ Augustin led the team with 24 points on seven of 10 shooting off the bench, Aaron Gordon racked up 19 points with 10 rebounds and four assists while Markelle Fultz chipped in with 18 points and five assists. As a team, the Magic shot 48 percent from the field and 13 of 29 from the 3-point line as they jumped out of the gates to pour in 71 points in the first half, before pushing out the lead to as many as 32 points in the third quarter before allowing their bench players extra playing time.

Meanwhile, the Memphis Grizzlies have been in great shape lately as they've won four of their last five games and they will be hoping to stay hot after making light work of the Hawks in a 118-101 home win on Saturday. Jonas Valanciunas led the team with 27 points, 17 rebounds and tree blocks, Ja Morant added 24 points with six assists while Josh Jackson chipped in with 17 points off the bench. As a team, the Grizzlies shot 49 percent from the field and 12 of 33 from the 3-point line but they did most of their damage early as they were in cruise control after outscoring the Hawks by 38-18 in the first quarter.

The Magic have been quietly playing some of their best basketball of the season and they will be full of confidence after dismantling the Rockets in their last outing. The Grizzlies have gone through some struggles, but they're in a groove now and they are 6-1 ATS in their last seven home games. This one could go either way, but the Magic are 6-0 ATS in their last six road games and I think they represent decent value as the underdogs here.