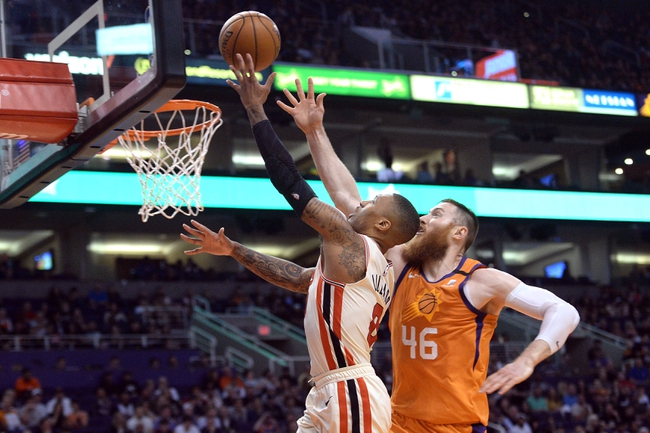 The Phoenix Suns and Portland Trail Blazers meet Tuesday in NBA action at the Moda Center.