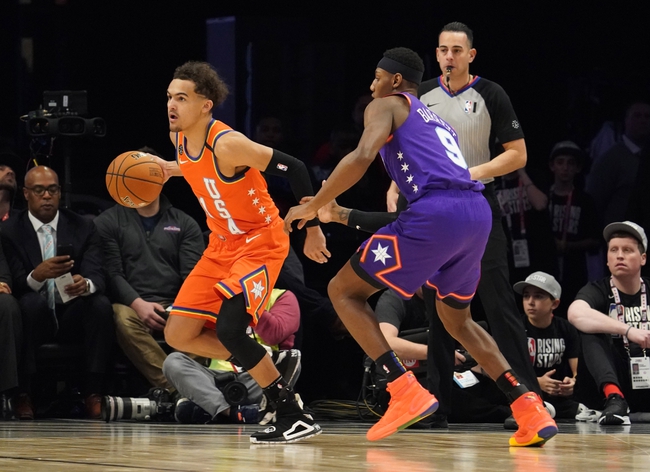 The Atlanta Hawks play host to the New York Knicks at the State Farm Arena on Wednesday night.

The New York Knicks have been in a slump as they’ve lost nine of their past 12 games and they will be hoping to bounce back after falling short against the lowly Wizards in a 122-115 road loss last night. Frank Ntilikina led the team with 20 points and 10 assists on six of nine shooting, Bobby Portis added 20 points with five assists while Julius Randle and RJ Barrett each scored 16 points. As a team, the Knicks shot 51 percent from the field and eight of 21 from the 3-point line as they outscored the Wizards in the second quarter by 39-18 to lead by as many as 18 points, before they fell to pieces in the second half where the Wizards outscored them by 68-45. Still, the Knicks hung in the contest until the fourth quarter where the Wizards used a decisive 18-7 run to steal the game late.

Meanwhile, the Atlanta Hawks have been in decent form as they've split their last eight games and they will be looking to build some momentum after outlasting the Hornets in a 143-138 double overtime win on Monday. Trae Young led the team with 31 points and 16 assists, John Collins added 28 points with 11 rebounds and two blocks while Cameron Reddish chipped in with 22 points on eight of 14 shooting off the bench. As a team, the Hawks shot a healthy 55 percent from the field and 21 of 43 from the 3-point line as they wrestled with the Hornets all the way until the second overtime period where they outscored the Hornets by 12-7 to escape with the win.

The Knicks haven’t been able to build any momentum all season and they will be low on confidence after blowing a big lead against the Wizards last night. The Hawks have been playing a little better lately and they will be feeling good following their double-overtime win on Monday. The Knicks are 5-1-1 ATS in the last seven meetings in Atlanta, but it’s going to be tough for them to turn it around on zero days rest against a Hawks team in decent form. I’m taking the Hawks to get the win and cover in what should be a close one.