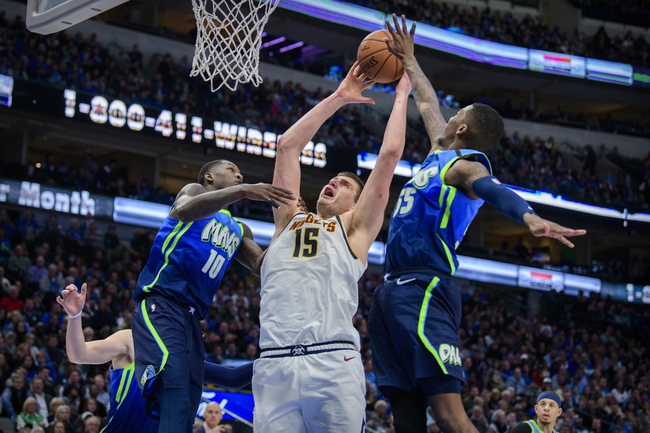 The Denver Nuggets and Dallas Mavericks meet Wednesday in NBA action at the American Airlines Center.

The Dallas Mavericks are on the end of a back to back and are fresh off a brutal loss to a bad San Antonio team. What's crazy is that the Mavs have played some of their worst basketball at home this season, so I'm not running to the window to bet them in this spot. The Denver Nuggets can be really up and down with their play, but they've won seven of the last 10 meetings against the Mavericks and are quite simply the better team no matter how you slice it. With the rest advantage, I'll take the free bucket with the Nuggets.