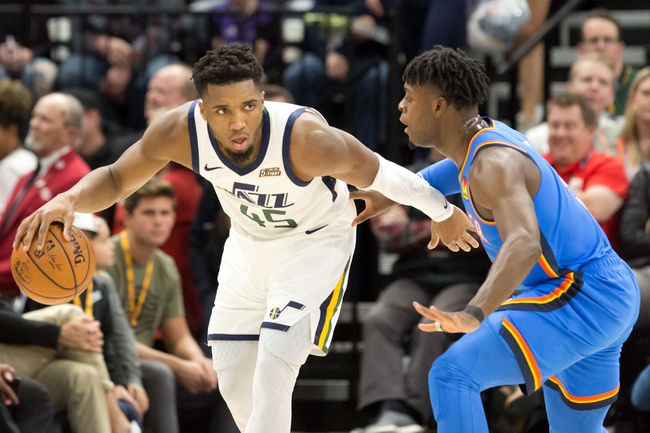 The Oklahoma City Thunder aren't nearly as profitable at home as they've been on the road this season, but they're still a solid home team where they win by an average of 3.9 points and shoot 48.5 percent from the field and 36.1 percent from deep. The Utah Jazz are highly inconsistent and it's tough to figure out which team is going to show up that particular day. The Oklahoma City Thunder are 40-24 against the spread on the season. I'll lay the bucket with OKC at home.