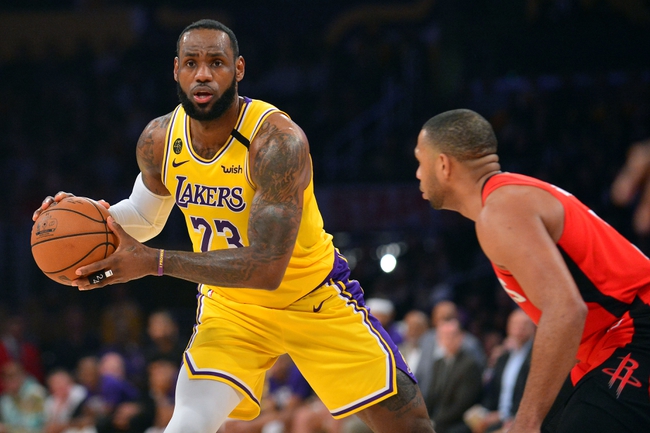 The Houston Rockets and Los Angeles Lakers meet Thursday in NBA action at the Staples Center.

The Houston Rockets have looked bad over the last week, and they're losing their last five games by an average of eight points while allowing 48.7 percent shooting from the field and 40.4 percent from deep. Is this just a hiccup in a long regular season or have teams caught up to the small ball? The Los Angeles Lakers will be eager to bounce back after a lousy loss to the Brooklyn Nets, and they're still 17-13-1 against the spread at home. I don't like what I'm seeing from the Rockets right now. I'll lay the reasonable number.