What Are the Most Combined Points Scored In a NBA Game? 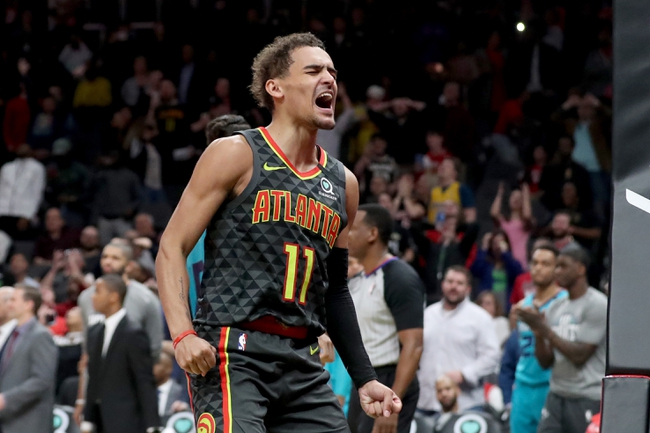 The NBA Games With The Most Points Scored

It seems the last few years NBA games have become more high scoring, but some of the highest-scoring games actually took place during the 1970s and ’80s. Let’s take a look at the ten highest-scoring games in NBA history. Get NBA Picks and NBA Predictions for every NBA game at Sports Chat Place.

Warriors star Wilt Chamberlain scored a game-high 100 points and at one point this was the highest-scoring game in NBA history.

The most recent game on the list happened on October 30th of 2019 between the Rockets and Wizards.

Russell Westbrook had a triple-double and James Harden dropped 59 points for the Rockets.

Nets point guard Jason Kidd recorded a triple-double but that wasn’t enough for the Nets to come away with a victory. Steve Nash paced the Suns putting up 42 points.

The 4th quarter of this game had 99 points scored and that pushed that number all the way up to 318 points.

The Nuggets were led by Kiki Vandeweghe who put up 50 points.

The highest-scoring game in NBA history that didn’t include overtime was on November 2nd, 1990 between the Warriors and Nuggets.

The highest scorer from that game was Chris Mullen who put up 38 points for the Warriors.

At one time the highest-scoring game in ABA history was between the Washington Capitols and the Dallas Chaparrals. The two teams combined to hit only seven three-pointers but were still able to get 320 points.

The Chicago Bulls and Atlanta Hawks combined for 329 points on March 1st, 2019. Trae Young put up 49 points while Zach LaVine put up 47 points for the Bulls.

The San Antonio Spurs and Milwaukee Bucks combined for 337 points in a game that included three overtimes. George Gervin was the star for the Spurs putting up 50 points.

The second-highest scoring game in NBA history took four overtimes before the San Diego Conquistadors were able to beat the New York Nets.

The Conquistadors were led by Bo Lamar who put up 45 points, and it was Julius Erving who led the Nets putting up 63 points. Even with all the scoring from Erving, the Conquistadors had a more balanced attack and that was the difference.

The highest-scoring game in NBA history took place on December 13th, 1983 at the McNichols Arena in Denver. It took three overtimes before the Pistons were able to come away with a two-point victory.

The Nuggets were led by Kiki Vandeweghe who dropped 51 points while Isiah Thomas put up 47 for the Pistons.

The pick in this article is the opinion of the writer, not a Sports Chat Place site consensus.
Previous Pick
Sydney Kings vs. Perth Wildcats - 3/20/20 NBL Pick, Odds, and Prediction
Next Pick
Who Has the Most Rebounds in NBA History?