Who Has the Most Rebounds in NBA History? 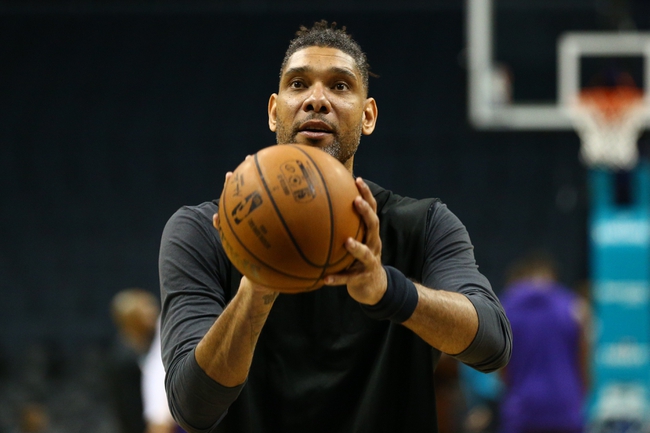 The Players with the Most Rebounds in NBA History

Rebounds are one of the NBA’s most physically-demanding stats. A player has to be tough, agile and focused to consistently accumulate rebounds, and over the years a few NBA players have proven themselves to be in an elite class on the boards. Get free NBA Picks and NBA Predictions for every game all season long at Sports Chat Place.

These are the NBA players with the most career rebounds.

1. Wilt Chamberlain, 23,924 - Arguably the greatest basketball player to ever set foot on a court, Chamberlain leads the pack in career NBA rebounds. Wilt “The Stilt” Chamberlain amassed his rebounds across 1,045 games, giving him an average of 22.9 per outing—which is a pretty insane clip. Among Chamberlain’s many basketball accomplishments are two NBA Championships, four MVP Awards, 13 All-Star sections and 11 rebounding titles.

2. Bill Russell, 21,620 - Russell spent his entire career with the Celtics, so he’s beloved in Boston and still the gold standard for defensive prowess and championship success in basketball. Russell’s awards shelf needs its own building; he’s an 11-time NBA champ, a five-time MVP, a 12-time All-Star, and he also won two titles as a coach.

3. Kareem Abdul-Jabbar, 17,440 - Everybody knows Kareem. Throughout his lengthy NBA career, he managed six titles, two NBA Finals MVP Awards, six season MVP awards, 19 All-Star selections and was Rookie of the Year in 1970—and that’s just a brief snapshot of Kareem’s accolades. As if all that weren’t enough, Abdul-Jabbar was awarded the Presidential Medal of Freedom in 2016.

6. Tim Duncan, 15,091 - Beloved in San Antonio, Duncan spent his entire 19-year NBA career with the Spurs, delivering five NBA championships, three NBA Finals MVP Awards, 15 All-Star seasons and an NBA Rookie of the Year Award, along with a host of other honors. Duncan was also a two-time ACC Player of the Year in college and had his number (21) retired by Wake Forest.

7. Karl Malone, 14,968 - Malone is almost as well known for his cool nickname (“The Mailman”) as he is for his myriad basketball accomplishments, Malone was with the Jazz for most of his career before a brief 2003-2004 stint with the Lakers. During his career—and as half of one of the best NBA duos ever, along with teammate John Stockton—Malone posted 36,928 points and 5,238 assists as well.

8. Robert Parish, 14,715 - Parish is probably best known for his stint with the Boston Celtics in the 1980s and early ‘90s, but he also played for the Warriors, Hornets and Bulls during a 21-year career. Elected to the Basketball Hall of Fame in 2003, Parish notched 23,334 points and 2,361 blocks, was a four-time NBA champion and a nine-time NBA All-Star.

9. Kevin Garnett, 14,662 - Garnett is a pretty legendary modern-era player in his own right, and had stints with the Timberwolves (twice), Celtics and Nets during his 21-season NBA career. Garnett makes the all-time NBA top rebounders list with 14,662 during his tenure, and he’s also a 15-time NBA All-Star with 26,071 points and 5,445 assists.

10. Nate Thurmond, 14,464 - Thurmond nabs the final spot on our top NBA career rebounders list, coming into the league with the Warriors in 1963. As a Hall-of-Fame member and one of the 50 Greatest Players in NBA history, Thurmond notched 14,437 points with 2,575 assists as well.

The pick in this article is the opinion of the writer, not a Sports Chat Place site consensus.
Previous Pick
What Are the Most Combined Points Scored In a NBA Game?
Next Pick
Who Has Scored the Most Points in a NBA Career?