Who Has Scored the Most Points in a NBA Career? 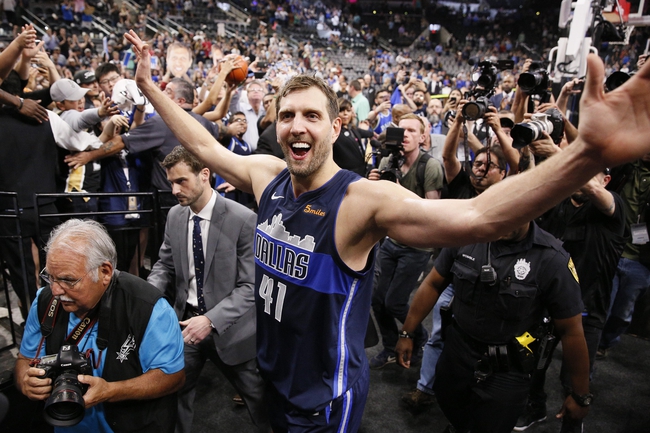 The Players with the Most Points in NBA History

Successful NBA teams always have go-to players who can pour in the points when a victory is on the line. Over the years, a handful of elite veteran names have proven themselves as prolific and consistent scorers, striking fear into the opposition and helping carry their teams to great success on the NBA court. Get Free NBA Picks and NBA Predictions for every game all season long at Sports Chat Place.

These are the NBA players with the most career points.

1. Kareem Abdul-Jabbar, 38,387 - Everybody knows Kareem. Throughout an epic 20-season NBA career, Abdul-Jabbar averaged 24.6 points per game, making a whopping 15,837 field goals and relying on just ONE single career three-pointer to achieve his mind-boggling points number. Six-time champion Kareem is the dictionary definition of an NBA legend, and he’s a great way to begin the NBA career points list.

2. Karl Malone, 36,928 - Known fondly as “The Mailman,” Malone spent the vast majority of his NBA career with the Utah Jazz, turning the team into perennial Western Conference contenders. Across his 19 NBA seasons, Malone won two NBA MVPs, was a 14-time All-Star and also accumulated 14,968 rebounds. His number (32) was retired by both the Jazz and his college alma mater Louisiana Tech.

3. LeBron James, 34,087 - As of this writing, James is still tearing up the NBA courts, and he’s still got plenty of gas left in the tank to do some more damage on this list. James was one of the most hyped players of all time coming into the league directly out of high school, and he’s thoroughly delivered on all of his promise.

4. Kobe Bryant, 33,643 - Known for his uncompromising intensity and unquenchable competitive spirit, the late, great Bryant is one of the best players in NBA history. Throughout a decorated career that included five NBA championships, two Finals MVP Awards and 18 All-Star selections, Bryant also posted 7,047 rebounds and 6,306 assists. As if all that weren’t enough, Bryant also earned an Academy Award for Best Animated Short Film.

5. Michael Jordan, 32,292 - Ask anybody who the best NBA player of all time is, and chances are high you’ll hear the name Michael Jordan in response. A true basketball legend, Jordan won six championships and six NBA Finals MVP Awards. He was also a 10-time NBA scoring champion and a three-time steals leader. Jordan is a Hall-of-Famer (obviously) and he’s also had his number (23) retired by North Carolina and the Chicago Bulls. He truly excelled at just about everything you can as a basketball player.

6. Dirk Nowitzki, 31,560 - Although Nowitzki was initially drafted by the Milwaukee Bucks, he was traded immediately to the Dallas Mavericks and spent his entire 21-year NBA career there. During his tenure, Nowitzki’s teams made the playoffs 15 times and he helped the Mavericks to their first NBA championship (earning a Finals MVP nod for himself in the process) in 2011.

7. Wilt Chamberlain, 31,419 - Wilt “The Stilt” Chamberlain honed his formidable basketball skills with the University of Kansas and the Harlem Globetrotters before transitioning to the NBA. There Chamberlain was able to set a ton of records that may never be equalled, including scoring 100 points in a single game. Chamberlain also averaged 30.1 points per game and 22.9 rebounds per game during his career.

8. Shaquille O’Neal, 28,596 - There was no one like Shaq in the NBA before he came along, and there’s been no one like him since. During a basketball career that spanned from 1992 to 2001, O’Neal won four NBA championships, made the All-Star team 15 times and was Rookie of the Year in 1993. Shaq averaged 23.7 PPG and 10.9 RPG during his professional basketball tenure.

9. Moses Malone, 27,409 - Malone played in both the ABA and the NBA between 1974 and 1995, suiting up for nine different teams during that time. Although Malone’s only NBA championship came in 1983, he also enjoyed three MVP Awards and 12 All-Star selections before his lengthy career came to an end.

The pick in this article is the opinion of the writer, not a Sports Chat Place site consensus.
Previous Pick
Who Has the Most Rebounds in NBA History?
Next Pick
Who Are The Top Ten NBA Coaches With The Most Wins?