Who Are The Top Ten NBA Coaches With The Most Wins? 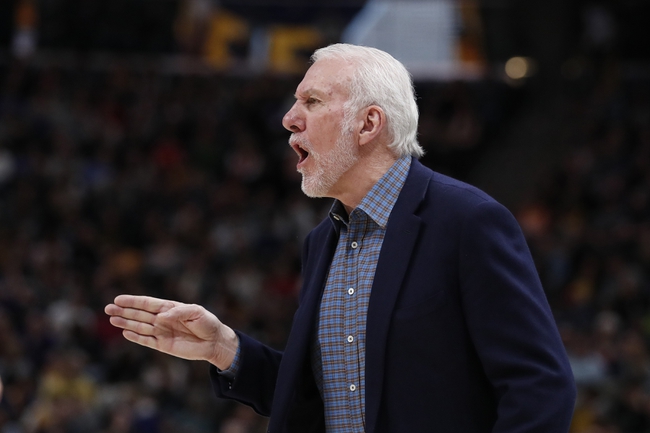 In the NBA, coaching is a key aspect of the game we know and love. There have been many fantastic coaches in the league's history, and today we will look at the top ten coaches with the most wins in NBA history. Get NBA Picks and NBA Predictions for every NBA game at Sports Chat Place.

Don Nelson was a coach in the NBA from 1976 to 2010, a long, successful tenure for the now Marijuana farmer. Nelson was inducted into the NBA Hall of Fame as a coach in 2012 and his legacy reigns down for years to come.

Only three wins shy of Nelson, Lenny Wilkens was another great coach that started in the 1970s. Wilkens won the Western Conference with the Supersonics in the 1977-78 season and then won the championship in the NBA the season after. He is in the hall of fame as a player and a coach.

Coach Pop has been the Head Coach of the Spurs since the 1996-97 season. During his 24+ years as HC, Pop has won five NBA Finals Championships and has a .676 lifetime regular-season win percentage. When he does retire, he is a shoo-in for the hall of fame and many other great honors.

Longtime coach with the Utah Jazz, Jerry Sloan will forever go down as one of the greatest coaches in Western Conference history. Despite not winning any NBA Championships, Sloan always seemed to make his Jazz competitive.

You want to talk about a winner, Pat Riley was just that everywhere he went. A winner of five NBA Championships, Riley was his best in pressure situations, something that differentiates him from other coaches on this list.

Coach George Karl was a traveling man that knew how to motivate his troops. Despite not winning an NBA Championship, Karl’s 30+ year tenure as a head coach in the league will be remembered for years to come.

With the most NBA Championships on this list and of any HC of all time, Phil Jackson knew how to make his team’s championship caliber. He had a much shorter head coaching career than many on this list, which makes his resume even more impressive.

Brown, who started coaching in the ABA (American Basketball Association), won his sole NBA Championship with the Detroit Pistons in the 2003-04 season. Brown was a great basketball personality, and he served his 11 teams well.

Rick Adelman coached for five teams in his 25 years as an NBA head coach. He won two conference championships but was never able to bring home an NBA Championship.

Bill Fitch won his only NBA Championship with the Boston Celtics in 1980-81. The beginning of Fitch’s career was much better than the latter half, as, in his last seven years as a head coach, he did not have one winning season.

The pick in this article is the opinion of the writer, not a Sports Chat Place site consensus.
Previous Pick
Who Has Scored the Most Points in a NBA Career?
Next Pick
Who Are the NBA Players with the Most Rebounds in a Game?