Who Are the NBA Players with the Most Rebounds in a Game? 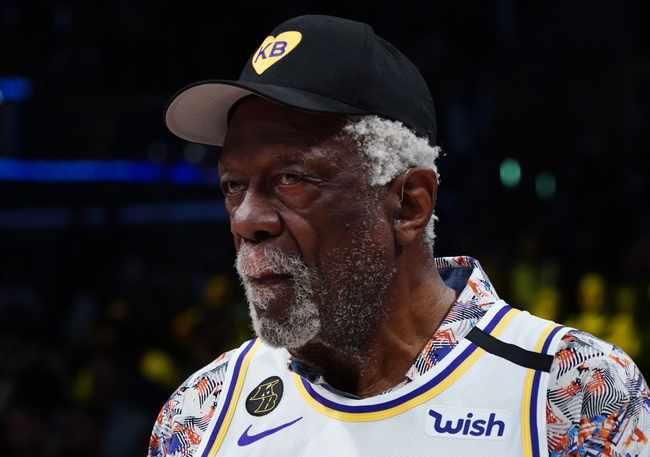 The NBA Players with the Most Rebounds in a Single Game

In the NBA, if your team controls the rebounding during a game, odds are strong that you’ll emerge victorious. Looking at this list of the top single-game rebounders in NBA history, you’ll notice that it’s dominated by two of the most legendary basketball players to ever grace the court, and we’ll probably never see performances like theirs again. Get Free NBA Picks and NBA Predictions for every game all season long at Sports Chat Place.

These are the NBA players with the most rebounds in a single game.

1. Wilt Chamberlain, Philadelphia Warriors, 55 (1960) - Chamberlain is arguably the greatest basketball player of all time, and his mind-boggling stats are truly a sight to behold. Oddly enough, Chamberlain’s record-setting rebounding effort came in a losing effort. He pulled down a whopping 31 rebounds in one half and scored 34 points in the game.

2. Bill Russell, Boston Celtics, 51 (1960) - Russell is truly an NBA legend. He won 11 championships and five MVP awards among an assortment of other honors during his NBA career. Russell’s 51-rebound outing versus the Syracuse Nationals on February 5 was briefly the NBA record until Chamberlain pulled down his 55 rebounds on November 24 during that same year.

4. Wilt Chamberlain, Philadelphia Warriors, 45 (twice; 1960 and 1961) - Not to be outdone, Chamberlain was as consistent as they come with the rebounding—and pretty much everything else on a basketball court. In his 1960 game, Chamberlain set the rookie record for points with 44 and recorded the fourth quadruple-double in NBA history. The fifth quadruple-double in NBA history came in his 1961 game, where he scored 56 points.

5. Wilt Chamberlain, Philadelphia Warriors/76ers, 43 (three times; 1959, 1961 and 1965) - Here’s Chamberlain again, and by now you should be used to seeing his name on the single-game NBA rebounds list. The most notable game here is his 1961 game against the Lakers, which went to triple overtime. Chamberlain scored a then-record 78 points in that one and bagged yet another quadruple-double.

7. Wilt Chamberlain, Philadelphia Warriors/76ers and Los Angeles Lakers, 42 (four times; twice in 1960, once in both 1966 and 1969) - Chamberlain hit 42 rebounds not once, not twice, not three times but four times during his illustrious NBA career. His 1960 efforts were both quadruple-doubles (the second and third in NBA history) and occurred just 10 days apart (January 15 and 25).

7. Nate Thurmond, San Francisco Warriors, 42 (1965) - Hey look, it’s a guy not named Chamberlain or Russell on this NBA single-game rebounds list. That’s Nate Thurmond, a Golden State Warriors legend who was the first player in NBA history to record a quadruple-double. “Nate the Great,” as he is affectionately known, is a Hall-of-Famer for both college and the NBA, a seven-time All-Star and had his number (42) retired by both Golden State and Cleveland.

9. Wilt Chamberlain, San Francisco Warriors/Philadelphia 76ers, 41 (twice; 1962 and 1967) - Chamberlain also hit 41 rebounds twice during his career. The 1962 game (which went into overtime) was a quadruple-double where Chamberlain scored 50 points; the 1967 game was during the playoffs—a Game 3 victory over the Celtics in the Eastern Division Finals.

10. Jerry Lucas, Cincinnati Royals, 40 (1964) - Even though Chamberlain (three times) and Russell (five times) each reached 40 rebounds in a game, we’ll give a special mention to Lucas here since he’s the only other player in NBA history to hit the 40-rebounds mark. Lucas managed the feat in his rookie season, and was quite the accomplished player himself. He’s a Hall-of-Famer, NBA champion (1973), seven-time All-Star, Rookie of the Year and Lucas won a gold medal in the 1960 Olympics. We’d say that’s a pretty impeccable basketball resume.

The pick in this article is the opinion of the writer, not a Sports Chat Place site consensus.
Previous Pick
Who Are The Top Ten NBA Coaches With The Most Wins?
Next Pick
Which NBA Player had the Most Points in a Single Season?