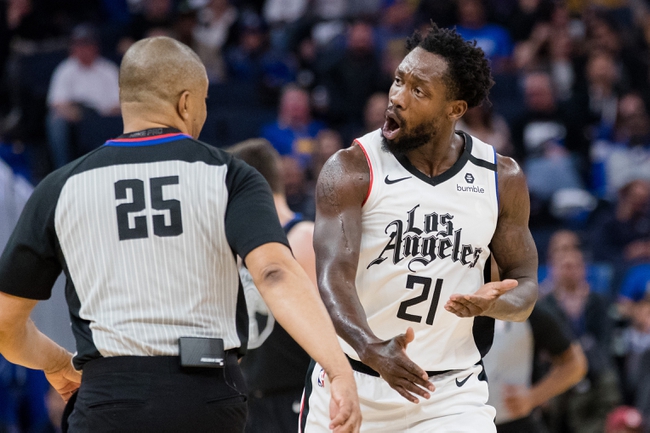 Patrick Beverley and Andre Drummond meet Tuesday in the quarterfinals of the NBA 2K Players Tournament.

Patrick Beverley and his Milwaukee Bucks beat the snot out of Hassan Whiteside and the Los Angeles Lakers, 84-54. Beverley was just like he is on the actual court, talking trash constantly and screaming in the microphone after every big play. At 31 years old, Beverley is one of the few older players who has had success in this tournament and is clearly familiar with the game, as he was doing direct passes to certain players and running set defenses. At some point in the third quarter Beverley said he would beat Whiteside by 30 points, and well, he did. While this is supposed to be a fun tournament to raise money for charity, Beverley is coming for all the smoke and it makes him intriguing the rest of the way.

Andre Drummond and his Los Angeles Lakers rocked DeMarcus Cousins and his Brooklyn Nets, 101-49. This was a competitive matchup for the first two quarters and then all hell broke loose in the second half. Cousins was having issues with substitutions and really struggled on the defensive end in the second half where Drummond got anything he wanted at will. It was a real disappointing matchup overall that started off looking like it could have been the best contest of the first round. I’m not sure if this game shows us how good Drummond is or how bad Cousins is, but I’ll chalk it up to being somewhere in the middle.

It's hard to really judge how good Andre Drummond is at this game based on Cousins completely falling apart in the second half and looking disinterested at times. It's not like Drummond did anything special to win by such a massive margin in the final two quarters. Patrick Beverley looks like somebody who is very familiar with this game and he's as intense as he is on the NBA court. Against the quieter and softer spoken Drummond, Beverley could once again get his opponents head and run away with things. I'm not betting against Beverley in this spot. The feisty point guard makes the semifinals.