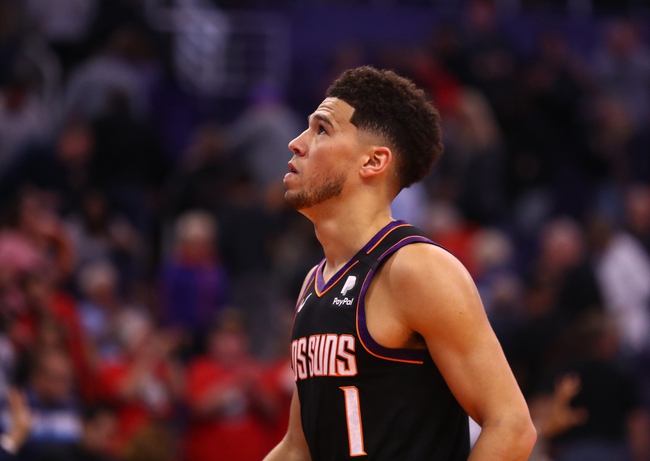 Rui Hachimura and Devin Booker meet Tuesday in the quarterfinals of the NBA 2K Players Tournament.

Rui Hachimura and his Los Angeles Lakers beat Donavon Mitchell and his Brooklyn Nets, 74-71 in what was easily the best game of the first round. Hachimura got a couple of lucky breaks which included an and-1 because Mitchell kept pressing the jump button, and he got a key offensive rebound up three with under 20 seconds left. Mitchell also didn’t shoot the long three with Kyrie Irving with two seconds left, which would have been a better decision than passing to Spencer Dinwiddie. Still, Hachimura deserves a lot of credit for coming away with a lot of the clutch plays to close the deal and finding a way to win a tight one says a lot more than winning a beatdown like so many of the other players have experienced. Hachimura showed he can’t be slept on the rest of this tournament.

Devin Booker and his Milwaukee Bucks beat Michael Porter Jr. and the Los Angeles Lakers, 85-75. This game was close until the final two minutes when Booker made a couple of big shots to pull away, mainly the late corner three with Kyle Korver with under a minute left. Overall, Booker showed decent ball movement and didn’t settle on the offensive end. You also have to like that Booker told Porter before the game that he’d match whatever team he picks, meaning he’s comfortable no matter which tier of team he plays with. So many players in this tournament have gone with the topped ranked teams thinking it would give them an edge to make it out of the first round.

This seems like an even matchup between two guys who showed they can win the competitive games that were decided in the fourth quarter. However, it must be said that Mitchell made a lot of mistakes late that kind of let Hachimura off the hook. Also, I like that Booker told Porter he'd match whatever team he picks, which tells me he's confident in his game and doesn't rely on the ratings of the players. I'm leaning toward Booker winning this contest, but obviously a lot has to do with the spread once it's released.