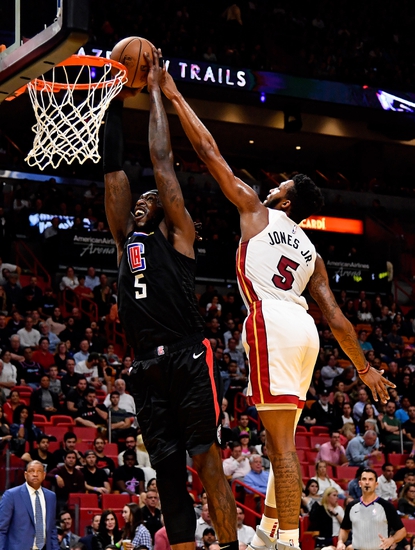 Derrick Jones Jr. and his Milwaukee Bucks beat Kevin Durant and the Los Angeles Clippers by a score of 78-62. It was the biggest upset of the tournament based on overall seeding, but it showed us that the younger players have the advantage as they usually have closer ties to the video game world. Jones had a lot of success from beyond the arc and Durant was very frustrated with the lack of transition defense, which he even tweeted about. Anybody who has played this version of 2K online knows the popular thing to do is rebound and throw full court passes for easy buckets. All in all, Jones looked comfortable at both ends and was probably the most impressive shooter in the entire first round.

Montrezl Harrell and his Los Angeles Clippers beat Domantas Sabonis and the Indiana Pacers, 73-51. It was a rare matchup between two players playing with their actual NBA teams, which was a nice touch. This was actually one of the more competitive games of the first round until late in the third quarter when Harrell started to pull away. Sabonis made a lot of mistakes defensively and even said throughout the broadcast that he’s terrible, so I question how much experience he has playing this game. Still, give Harrell credit for his effort defensively and he had enough success with the shot meter to think he can execute a half court offense. Harrell played a lot of good defense where Sabonis still scored, so this game could have been more lopsided than it was.

Both of these players had their success with the shot meter and played fairly decent defense, so this has the potential to be one of the better matchups of the entire tournament. It's going to be interesting to see how DJJ handles playing with Harrell on the headset, as the Clippers big man likes to talk and Derrick Jones Jr. is a bit more quiet and focused on the task at hand. I want to see the spread before making a pick in concrete, but my early lean is DJJ because of his success shooting the three ball, which isn't something we've seen a lot from players this tournament. DJJ has also had a few extra days off to work on his game and improve in some areas.

DJJ to the semifinals.