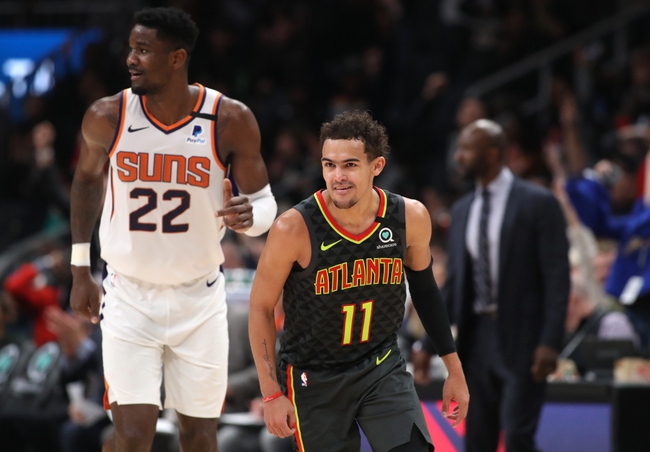 Deandre Ayton and Trae Young meet Tuesday in the quarterfinals of the NBA 2K Players Tournament.

Deandre Ayton advanced to the quarterfinals by using the Houston Rockets to beat Zach LaVine and the Miami Heat, 57-41. Ayton was in control of the match from pretty much start to finish and was a threat to win this tournament considering he’s been a consistent NBA 2K player since 2K9. LaVine had issues with shot selection and admitted he hasn’t really played 2K since he was a rookie six years ago. LaVine didn’t understand that it can be tough to make contested shots, even right under the basket, as it’s a lot more difficult than just pressing the shoot button. The fact Ayton has so much experience playing this game and looked extremely comfortable in the second half makes him a live dog moving forward in this tournament.

Trae Young and the Milwaukee Bucks absolutely smoked the boots of Harrison Barnes and the Toronto Raptors, 101-59, making it the most lopsided matchup of the first day of the first round. Young had a 14-point lead at the end of the first quarter and you could tell how the rest of the game was going to go. Barnes is another player who had issues on the offensive end and at almost 28 years old, you have to question how much experience he has playing video games. Young was smart defensively and certainly has a lot of experience in 2K at 21 years old and just a couple of years removed from college.

This should be a much better matchup than the first round meetings, as these are two guys who are clearly comfortable with the game and know you have to put work in to find success in the half court offense. While Ayton admitted he plays 2K on a regular basis, I have to lean Young simply due to him being the most impressive player of the first round. Young was sharp at both ends of the floor and topped 100 points, which isn’t easy to do at all in four six minute quarters. Ayton allowed LaVine to hang around in the fist half, and that does raise some doubts when going up against a more experienced player.

I like Young to make the semifinals, and I’ll update with the odds once they’re released.