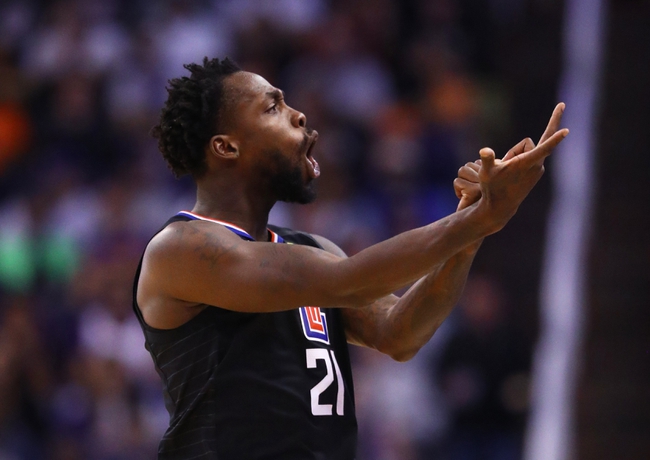 Deandre Ayton and Patrick Beverley meet Saturday in the semifinals of the NBA 2K Players Tournament.

Deandre Ayton and his Los Angeles Clippers beat Trae Young and the Los Angeles Lakers in a competitive game but he was the sharper player throughout. Ayton beating Young was probably the biggest upset of the tournament, as many pegged the Atlanta Hawks young star as the favorite to win this event. Ayton’s defense was the difference in the game and a late and-1 from Paul George allowed him to separate a little bit. Ayton has allowed a combined 107 points in his first two games, so he’s showing his chops on the defensive end and can no longer be slept on as somebody who can win this tournament.

Patrick Beverley and his Philadelphia 76ers beat Andre Drummond and his Milwaukee Bucks, 69-62. Beverley actually trailed by six points at halftime, but he tighten up defensively and took control of the game in the fourth quarter. Beverley is one of the few older players who seems to have a good feel for the game, and he plays video games the same way he is on the court. Beverley is loud in the headset, jumping out of his seat and letting his opponent know he’s in for a long night. It’s entertaining as hell and you have to wonder if he gets in his opponents head. Beverley isn’t somebody you should want to play at this point.

Deandre Ayton has proven he's decent with the sticks and his defensive effort, particularly stealing passes near half court is impressive. Ayton is also getting a little more comfortable talking trash on the headset which will help him in this contest. However, Patrick Beverley is just a mad man who is not only good in the video game, but he wants to win at everything he does and doesn't stop talking... ever. Somebody who is this passionate and has this edge in everything they do is dangerous to the rest of the field.

I'm going to side with Beverley in this matchup and probably pick him to win the tournament with the way the rest of the field ironed out.

The pick in this article is the opinion of the writer, not a Sports Chat Place site consensus.
Previous Pick
Who Has Made The Most Free Throws In NBA History?
Next Pick
Jeoutai Technology vs. Bank of Taiwan - 4/12/20 SBL Pick, Odds, and Prediction