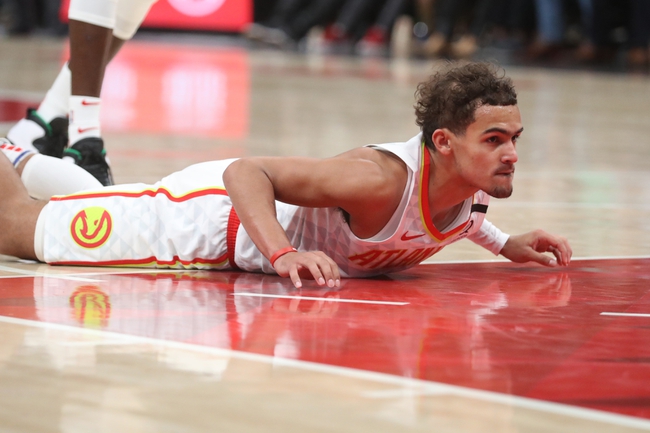 Trae Young is one of the more exciting, crafty players in the NBA, so HORSE is a competition he should have a lot of success at. Young has unlimited range shooting wise, but he’s also known for nutmegging opponents and being creative in the game, which usually gives you the upper hand in HORSE where tough, unusual shots knockout the opponent. Through 141 NBA games, Young shoots 42.8 percent from the field and 34.4 percent from three.

Chauncey Billups is 43 years old and hasn’t played an NBA game since 2013-14. We know a lot of former athletes still stay in shape and don’t completely let go of their body, and basketball players rarely leave the game alone completely, but I’m sure there’s a lot of rust to Billups’ game. At his age, the legs are usually gone and the lack of range usually limits what you can do in the game of HORSE. Throughout his lengthy NBA career, Billups averaged 15.2 points, 5.4 assists and shot 41.5 percent from the field.

With no dunking allowed and probably limited room to shoot at home gyms, Chauncey Billups has a chance to make this competitive with probably a behind the backboard shot or something off one foot, but he's really up against it with the younger and more flashier Trae Young.

Young is not only the much better shooter, but he's the fresher player with more creativity to his game given that he hasn't been out of the league for six years. I'm sure Billups picks up a basketball every now and then, but it's different when going up against somebody who is still in the game and has a much better feel of things. Billups is old, doesn't have his legs in him and is probably just here because ESPN had limited people who were willing to participate. This should be a rather routine performance from Young and he'd probably never hear the end of it if he did lose to a 43 year old.

This price is surprisingly low. I'll back Young to win this match with high confidence.