What's The Most Personal Fouls In A Single NBA Season? 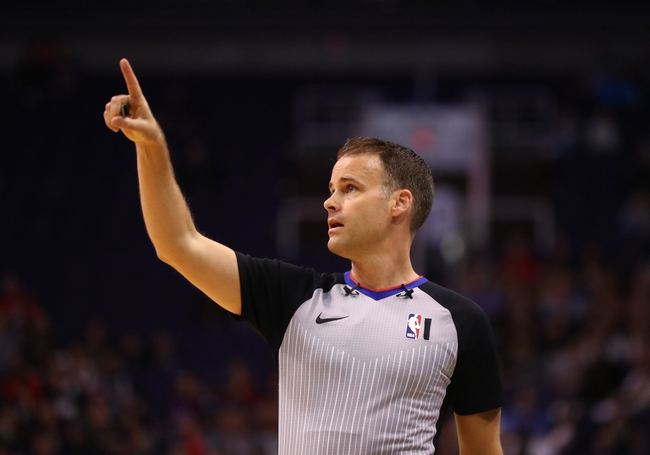 The Most Personal Fouls In A Single NBA Season

In the history of the NBA, there has been 15 different times where a player produced at least 350 personal fouls in a single season. Some of these players can’t defend properly, sometimes they’re enforces who’s job is to be physical and other times they get whistled for questionable calls due to reputation.

Here are the players with the most personal fouls in single season NBA history.

1. Darryl Dawkins, 386 fouls, 1983-84 - Darryl Dawkins averaged a foul every 6.2 minutes this season, and he ended up fouling out 22 times in 81 games. As you’ll learn in this article, Dawkins was no stranger to racking up the fouls. After this season, Dawkins played a combined 116 games in his final five seasons.

3. Steve Johnson, 372 fouls, 1981-82 - Steve Johnson produced this total as a rookie with the Kansas City Kings, and he only started 50 of his 78 games played. Johnson averaged a foul every 4.6 minutes this season. Yikes.

4. Shawn Kemp, 371 fouls, 1999-00 - Shawn Kemp had a reputation for being a physical big man, and he set this total later in his career with the Cleveland Cavaliers. Kemp found out 13 times this season and had a stretch where he fouled out four times in six games.

5. Bill Robinzine, 367 fouls, 1978-79 - Bill Robinzine had a issue with fouling his entire career and this total came when he played the most minutes of his career. Robinzine averaged a foul every 5.9 minutes this season.

6. Bill Bridges, 366 fouls, 1967-68 - Bill Bridges was one of the better defenders of his era and that physical play can come with the fouls. This was part of a three-year stretch where Bridges racked up 1,024 personal fouls.

7. Lonnie Shelton, 363 fouls, 1976-77 - Lonnie Shelton set this foul total as a rookie with the New York Knicks, and he actually led the league in fouls in each of his first two seasons. Shelton had more fouls this season than assists and steals combined.

7. James Edwards, 363 fouls, 1978-79 - This was James Edwards’ second season in the league and it’s actually a single season franchise record for the Indiana Pacers. Edwards averaged a foul every seven minutes this season.

9. Kevin Kunnert, 361 fouls, 1976-77 - This was part of a four-year stretch where Kevin Kunnert had 300-plus fouls every season. Kunnert holds the Houston Rockets franchise record for the most personal fouls in a single season.

The pick in this article is the opinion of the writer, not a Sports Chat Place site consensus.
Previous Pick
Chauncey Billups vs. Trae Young - 4/12/20 NBA HORSE Pick, Odds, and Prediction
Next Pick
What's The Most Steals In A Single NBA Season?