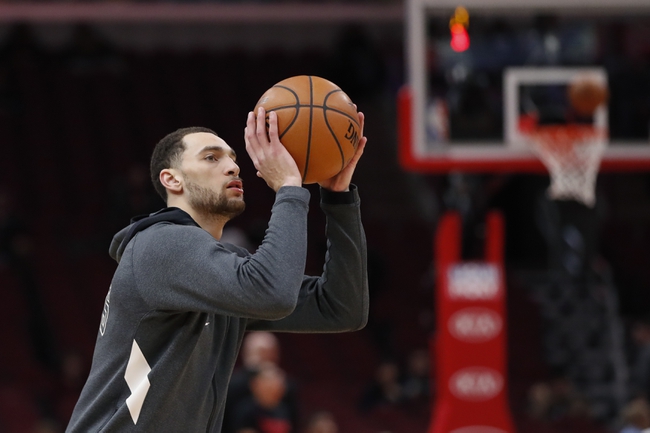 Paul Pierce is 42 years old and hasn’t played NBA basketball since 2016-17 with the Los Angeles Clippers. However, it’s important to note that Pierce didn’t play much his last two seasons and seemed to struggle with conditioning issues while getting his legs under him. Pierce is known for the clutch shots and coming through in the big moments, but creativity was never really a part of his game and his legs have to be even more shot than they were a couple years ago when he was still getting treatment on a daily basis. Pierce can shoot from range and he’s a competitive guy who likes to talk trash, but there are certainly concerns entering this contest. Like Billups, it feels like Pierce is here because he works for ESPN and was one of a few people willing to accept.

Zach LaVine is known for the dunking and jumping out of this world, but he’s improved his shot this season, which includes 38 percent shooting from deep on 8.1 attempts. LaVine is quickly becoming a more balanced player and somebody the Chicago Bulls can build around. The issue we have in this HORSE competition is that there’s no dunking, which takes away a major advantage LaVine would have had going into this thing. Still, LaVine has become a more consistent player across the board and he’s used to digging into his creative bag given his slam dunk competition history. I’m sure LaVine can think of some creative things to give him a fighting chance in this HORSE tournament.

These odds are surprising when you consider Pierce is 42 years old and didn't look good years ago, so imagine those legs now. There's no dunking allowed, which obviously hurts LaVine, but he's the younger player who has improved his shot this season and is used to tapping into his creativity with his background in dunk contests. Thinking of creative shots is going to come much easier for LaVine and that could be key to him advancing.

I'll gladly take LaVine in the slight underdog role. These odds don't make sense to me.