Who Has Scored The Most Playoff Points In NBA History? 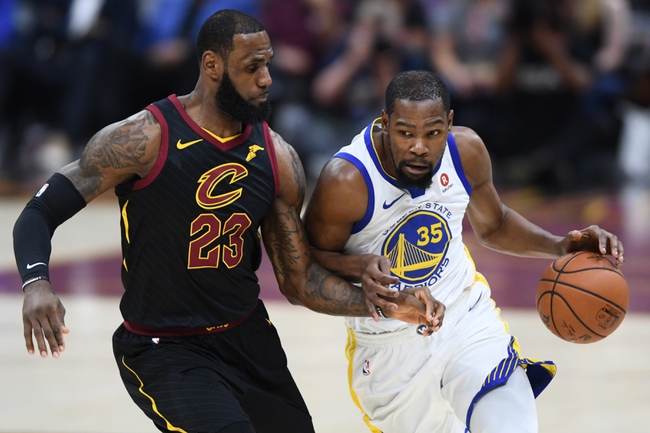 The Players With The Most Playoff Points Scored In NBA History

The one thing that separates the great players from the best to ever do it is the ability to take their game to another level in the playoffs. The first players mentioned in NBA GOAT conversations are on the list of the most points scored in the playoffs. Everybody on this list is either already in or will eventually be inducted into the NBA Hall of Fame.

Here are the players with the most points scored in NBA playoff history.

1. LeBron James, 6,911 points - LeBron James seems to find another gear in the playoffs, and it helps that he’s played in 239 playoff games in his career. LeBron has led the league six times in playoff points scored and has topped 500 points scored in eight of his 13 playoff trips overall.

5. Shaquille O'Neal, 5,250 points - Shaquille O'Neal started in 214 playoff games and led the league twice in playoff points scored. The year Shaq got his first ring in 1999-00, he produced 707 points in 23 games on 56.6 percent shooting. Simply one of the more dominating playoff appearances of all-time.

7. Karl Malone, 4,761 points - Karl Malone never led the league in playoff points scored, but he played in 193 games and scored 240 or more points in 10 different playoff seasons. Even at 40 years old with the Los Angeles Lakers, Malone chipped in 242 points in 21 games on 45 percent shooting.

9. Tony Parker, 4,045 points - Tony Parker can sometimes be the forgotten man in those San Antonio Spurs title runs, but four of his six highest playoff scoring seasons were when the franchise won a title. Parker played in 226 playoff games and scored 274 or more points in eight different playoff seasons.

10. Kevin Durant, 4,043 points - Kevin Durant has topped 500 points in four of his nine playoff seasons and led the league in playoff points scored in 2013-14 with the OKC Thunder at 25 years old. Durant scored 608 points in 21 games with the Golden State Warriors in 2017-18. Durant will move up this list quickly assuming he can get back healthy.