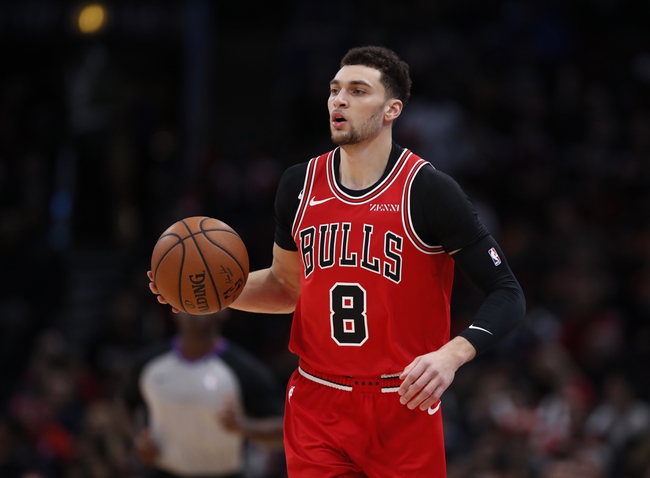 Zach LaVine beat Paul Pierce in the quarterfinals easily as a slight underdog. It was the only bet I got right in the quarterfinals, but I mentioned how the odds were a joke and how LaVine would tap into his creative bag from the dunk contest to get the victory. LaVine tapped the backboard while completing an underneath layup and hit a couple of deep threes with his improved shot. It was everything the performance I said it was going to be, and Pierce just doesn’t have his legs anymore to compete in these type of contests. LaVine and his creativity gives him a serious edge in this competition and if the quarters was a sign of things to come, the remaining field is in trouble.

Allie Quigley showed her shooting chops to send home Chris Paul, a massive upset in the quarterfinals. Quigley made a variety of shots that drew CP3 letters and even canned an impressive shot sitting down in the middle of the court. Quigley is a two-time three-point shootout champion, so her performance wasn’t a surprise, but CP3 not being able to make much of anything certainly was. Quigley is a combo guard who shoots 45.6 percent from the field and 39.9 percent from three for her career. If Quigley is going to continue knocking down shots from all over the court, she’s capable of winning this entire tournament, as she’ll eventually draw misses from her opponents.

What Quigley was able to do in the quarterfinals doesn't surprise anybody who is familiar with the WNBA and her ability to make shots makes her a respectable opponent moving forward. The problem is LaVine has the creativity and athleticism to dominate a game like this. While he's not allowed to dunk, LaVine can throw in wrinkles before or during the shot to make things that much harder and there's not a lot of players capable of matching the hops. LaVine has also drastically improved his shot the last couple of years and he showed that in the quarterfinals, so I'm not worried about him needing to make a few to avoid letters.

LaVine cruises to the HORSE final.

Randy’s Pick Zach LaVine (Will Update With odds Once Released)

The pick in this article is the opinion of the writer, not a Sports Chat Place site consensus.
Previous Pick
Who Has Made The Most Three Pointers In NBA History?
Next Pick
Los Angeles Lakers vs. Utah Jazz - 4/16/20 NBA2K19 NBA Sim Pick, Odds, and Prediction