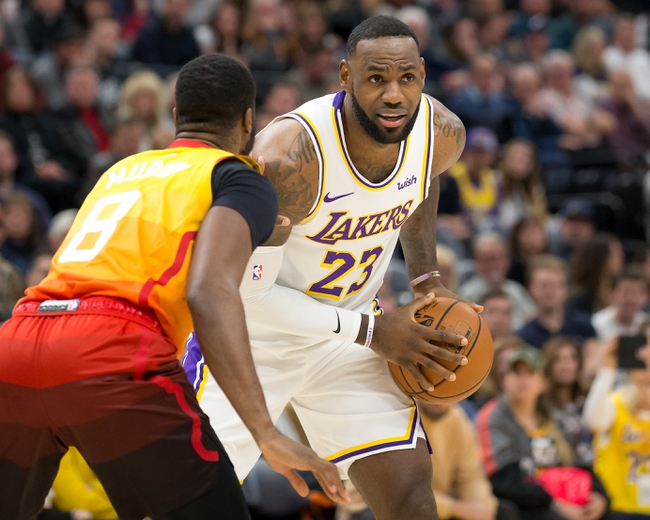 The Utah Jazz rely heavily on the duo of Donovan Mitchell and Rudy Gobert, who are both ranked 87 overall in this years video game. Things really start to drop off there with the Jazz, but Ricky Rubio was a decent point guard with a 79 overall rating and the outside shooting of Joe Ingles and Kyle Kover does provide some spacing. The issues with the Jazz in this years video game was the depth, as finding reliable scorers can be tough and the lack of bench makes things even more frustrating. You can obviously do a lot worse with the Jazz, but if Mitchell and Gobert don’t play at a high level, I have a hard time believing in the Jazz in 2K19.

The Los Angeles Lakers didn’t have Anthony Davis in this game, but having a LeBron James at 98 overall is a pretty good starting point. There’s a decent drop-off after him, but Brandon Ingram is a decent 82 overall and Kyle Kuzma is 80 overall, making up the Lakers top three players. Rajon Rondo and Lonzo Ball are both 79 overall, providing point guard depth and JaVale McGee can control the glass with his 77 overall rating. The Los Angeles Lakers aren’t as attractive in this game as they are in 2K20 for obvious reasons, but they have 11 players with at least a 75 rating, and they’re led by the best player in the world who dominates even in video game form. You can win with the Lakers in 2K19 despite the gap in talent from LeBron and the rest of the gang.

This is a lot of points to lay in a video game simulation, but the Los Angeles Lakers have the deeper roster, are led by the better player and are at home. The Utah Jazz have a nice 1-2 combination and some outside shooting, but the lack of offensive weapons really falls off and I have no confidence in their bench when Mitchell is off the floor. The Los Angeles Lakers are the far and away more trustworthy team, and I'll lay the chalk with them in this spot.