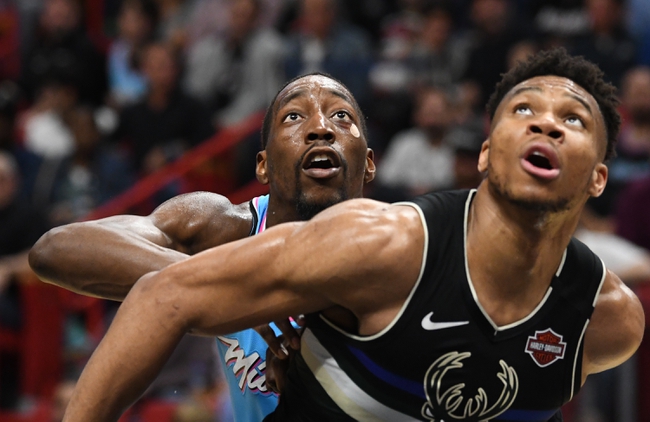 The Milwaukee Bucks weren’t as dominant in this version of NBA2K as they are now, but they were still pretty tough to play against with a 94 overall Giannis Antetokounmpo leading the charge. Khris Middleton and Eric Bledsoe were also rated in the 80s and are more than capable of holding down their positions. The Bucks also had four players ranked 79 overall in Nikola Mirotic, Brook Lopez, Pau Gasol and Malcolm Brogdon, and that makes them one of the deeper teams in this version of the video game. The Milwaukee Bucks are even better in this years game and Antetokounmpo is unstoppable with his 97 overall rating, but this is still a highly respected team that has the depth to give any opponent fits at both ends of the court.

The Miami Heat lacked a star player in this video game, but they relied on depth and had nine players with an overall rating of at least 76 overall. Hassan Whiteside was the best player on this years Heat team with an 86 overall, while Goran Dragic had an overall rating of 84 and Dwyane Wade was rocking a 79 overall rating. The Miami Heat lacked the outside shooting to be a serious threat in this game, but they have many solid players who play the game the right way and get after it defensively. It may be tough at times to score the basketball with this Heat team, but the production won’t change much when the bench comes in and the physical play defensively can keep them in it most nights.

The Milwaukee Bucks were the better team obviously and have much better depth with more highly rated players. However, both of these teams have better than average depth and they both get after it defensively. This could be an ugly simulation where scoring is hard to come by and it's a physical game with neither team being able to pull away. I'm also not thrilled about laying so much chalk in a game with the computer playing itself. It's the battle of the unknown. I want the boatload of points and the Miami Heat.