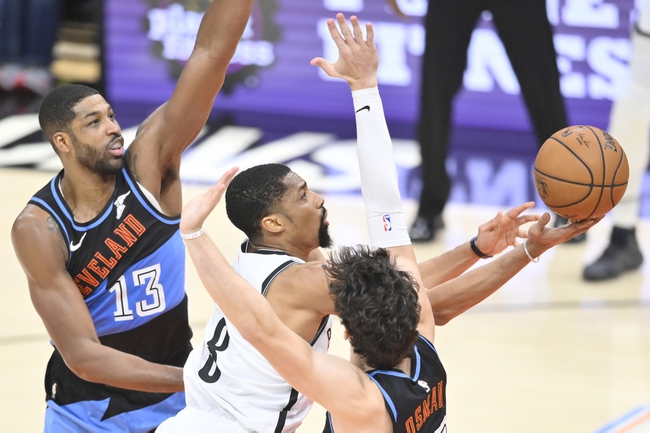 The Brooklyn Nets weren’t nearly the same team in NBA2K19 as they are in 2K20, as D'Angelo Russell is the only player on this roster who is ranked in the 80s overall. Scoring can be tough at times for these Nets, but they do have depth with 11 players ranked 75 or better overall. Jarrett Allen is a really underrated center who crashes the boards at a high level while Caris LeVert and Spencer Dinwiddie are two players who can beat guys off the dribble. Also, Joe Harris is one of the better shooters and can provide a spark for stretches. Still, the Nets are very thin on top tier talent and are far from a popular team in NBA2K19 the way they are now.

The Cleveland Cavaliers are another team that has just one player ranked in the 80s or above, and that’s Kevin Love who had a 86 overall rating in this game. Larry Nance Jr and John Henson both bring in 77 overall ratings and Tristan Thompson brings in a decent 76 overall rating. The x-factor for the Cavs in this game is JR Smith, who has a 75 overall rating and can get hot from deep. The Cleveland Cavaliers are simply one of the worst teams in this game and don’t have a player who can takeover a game. Everything with the Cavs in this years version of 2K is a grind and things get even worse when the bench takes the court. Not even diehard Cavs fans are playing with the Cavaliers in the 2K19.

Laying chalk with either of these teams isn't something I'm thrilled to do, as the level of talent to run away with things isn't there. However, the Cleveland Cavaliers have more shooting on their roster and that should benefit them at home where shots seem to fall more when the crowd gets behind them. The Brooklyn Nets aren't nearly as good in this game as they are in 2K20 and I don't trust them much when Russell is off the court. I'll eat the reasonable chalk with the Cavs at home.