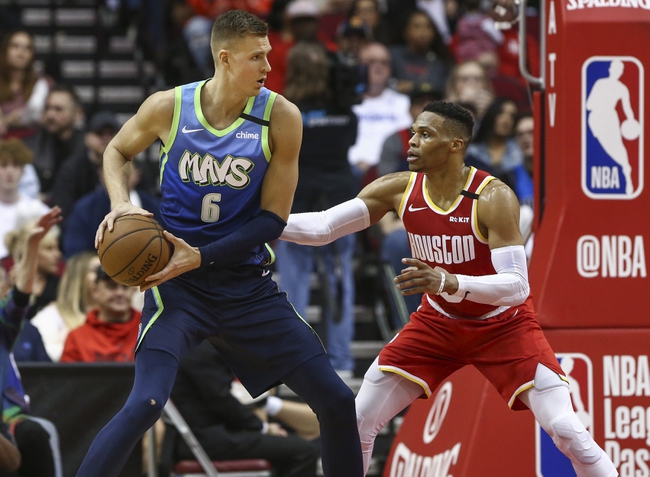 The Houston Rockets can be a fun team to play with in this game with an 81 overall rating and an 88 athleticism rating, which is the best in the game. James Harden is one of the best players in this game with a 97 overall rating and an 84 rating from beyond the arc. Russell Westbrook carries a respectable 89 rating overall and a 90 driving dunk rating. Robert Covington is a 80 overall and Eric Gordon is a valuable role player with an 80 three point rating. The Houston Rockets can lack depth and can have issues finding easy offense when Harden and Westbrook go to the bench, but the 1-2 punch in their starting lineup makes them dangerous. Defense and rebounding are the Rockets main issues in this game.

The Dallas Mavericks are one of the more explosive offensive teams in this game due to their depth and ability to shoot the basketball. The problem is the Mavs are one of the worst defensive teams in this game as well. Only the Detroit Pistons, Charlotte Hornets and Washington Wizards have lower defensive ratings in this game than the Mavs. I'm not running to the window to lay a ton of points with the Mavericks in these simulations. The Houston Rockets have a talented 1-2 punch that allows them to do damage and hang around.

Give me the Rockets and the free points.