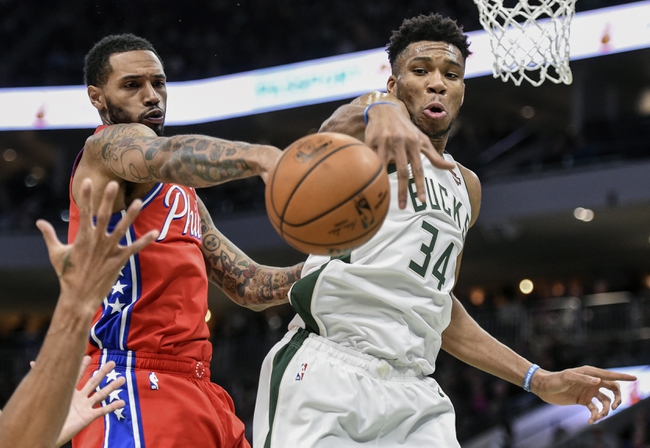 The Milwaukee Bucks cary an 82 overall rating, 86 outside scoring rating, 82 athleticism rating and 80 playmaking rating, making them one of the top teams in the game. Giannis Antetokounmpo is probably the best player in this game with a 97 overall rating and 95 driving dunk rating. Antetokounmpo is unstoppable on the glass and a nightmare in the paint on the offensive end. Khris Middleton, Eric Bledsoe and Donte DiVincenzo all carry overall ratings in the 80s, making the Bucks possibly the deepest team in this game. The Bucks then have a bunch of quality outside shooters in George Hill, Ersan Ilyasova, Kyle Korver, Marvin Williams and Wesley Matthews. Scoring isn’t an issue for the Bucks no matter if you’re relying on starters or the bench. The issue for the Bucks is rebounding, as their 57 rating is below average.

The Milwaukee Bucks are the deeper team with a cheat code in Antetokounmpo and a lot of top tier shooters who will green anything when they have an inch of space. I understand the Bucks being favored here. However, the Philadelphia 76ers have a solid roster in their own right and arguably the best starting five in the game. Just throwing the 76ers free points in these simulations is dangerous, as their roster can do some wonderful things.

I want the points and the 76ers.