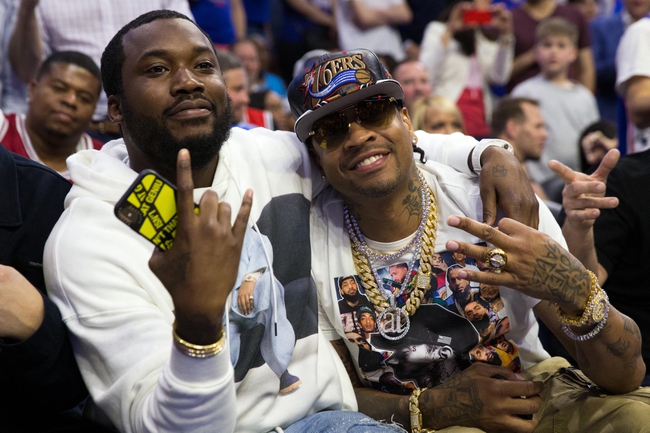 The 2007-08 Boston Celtics have an overall rating of 83 and an outside scoring rating of 89. This Celtics team has two players ranked in the 90s in Kevin Garnett and Paul Pierce, and their inside - outside game is tough to stop. Ray Allen carries an 88 overall rating and 97 rated three-point shot while Rajon Rondo is rated 85 overall with a 75 rated three point shot. James Posey, Leon Powe and Kendrick Perkins provide the Celtics depth and are all rated 76 overall. Brian Scalabrine is also a player who can’t be overlooked based on his 89 three-point shot rating. The 2007-08 Boston Celtics have some decent depth on this roster and three players who can simply takeover a game at any moment.

The 2000-01 Philadelphia 76ers have a 77 overall rating and a 80 intangibles rating. The clear star of this 76ers roster is Allen Iverson, who is rated 94 overall with a 79 rated three point shot and 65 driving dunk rating. Iverson is the heartbeat of this 76ers roster. The 76ers next best player is Dikembe Mutombo, who has a 81 overall rating and is a force on the glass and on the defensive end. Aaron McKie, Tyrone Hill and Eric Snow provide the 76ers depth, as all three players are ranked in the mid 70s. The problem is outside of Iverson and Mutombo, there’s a serious drop off in highly rated players and scoring can be rather difficult.

I love me some Iverson and even in video game he's a quick, hard to guard player who can takeover a game and at the very least keep things close. The problem is this Boston Celtics roster is head and shoulders deeper and has multiple players who can get theirs on the offensive end and takeover. Outside of Iverson, there's not a whole lot on this 76ers roster who you trust to get buckets.

I have to take the Celtics in what should be a comfortable blowout victory.