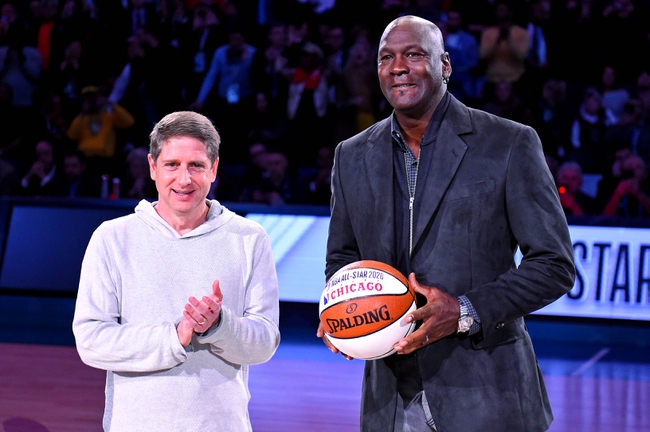 The 03-04 Los Angeles Lakers were ranked 82 overall with a 82 inside scoring rating and a 77 outside scoring rating. The Lakers have possibly the 1-2 punch in NBA history on this team with a 96 overall Shaquille O’Neal and a 94 overall Kobe Bryant. Those two players will get whatever they want in video game form and will be tough to stop regardless of opponent. This Lakers squad also had two solid players who were both ranked 83 overall in Karl Malone and Gary Payton. The Lakers depth includes Rick Fox, Devean George, Horace Grant and Bryon Russell, players who are all ranked in the mid 70s. The 03-04 Los Angeles Lakers are solid defensively and can score from anywhere on the floor with so much attention going towards Shaq and Kobe. You can do damage with this squad if you’re able to use them in 2K. Get NBA Picks and NBA Predictions for EVERY GAME at Sports Chat Place.

The 03-04 Los Angeles Lakers have the deeper team in this game and you can argue they also have the better 1-2 punch with Kobe and Shaq going up against MJ and Pippen. I don't see these Bulls having an answer for Shaq, as he boxes out well in this game is a nightmare on the glass, as those who play online are well aware of his abilities in player mode. You can understand why the Lakers are the favorites here. With that said, the 97-98 Chicago Bulls have enough top tier rated players to hang around with anybody and this is the bulk of the roster that completed a three peat for a reason.

Give me the 97-98 Chicago Bulls and the free points in a simulation that's worth watching.