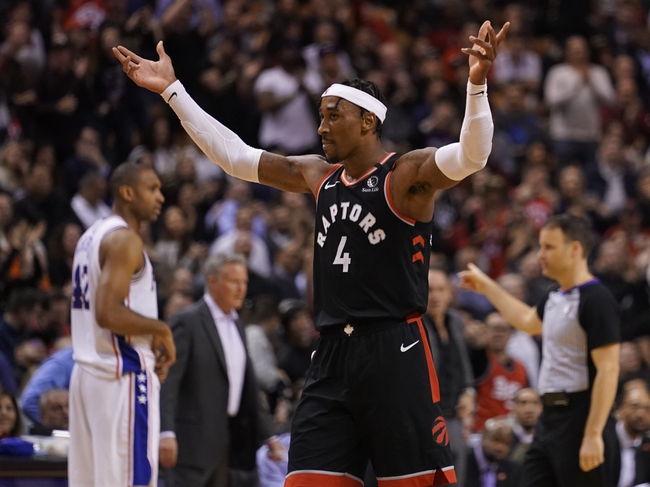 The Toronto Raptors have an 82 overall rating, 83 outside scoring rating, 83 athleticism rating and their 95 intangible rating is comfortably the best in the game. Pascal Siakam is one of the more balanced players in the game with an 89 overall rating, 82 three point shot rating and 80 driving dunk rating. The Raptors are provided with great depth with Kyle Lowry, Fred VanVleet and Serge Ibaka all rated 81 or higher overall. The Raptors also have three knockdown shooters from the outside in Terence Davis, Norman Powell and OG Anunoby. Matt Thomas may be low on the Raptors depth chart, but he has a 92 rated three point shot, easily the best on the team. The Toronto Raptors are talented and deep, but their 57 rebounding rating is one area of weakness on this team.

The Philadelphia 76ers are one of the better teams in this game with possibly the best starting five. The problem is the 76ers don't have a lot of depth outside of their starting five, and they can have issues scoring once the bench takes the court. The Toronto Raptors aren't all that shabby in their own right, and they have more depth than the 76ers with some serious outside shooting ability. This line is a bit disrespectful to the Toronto Raptors.

Give me the points in this simulation matchup.