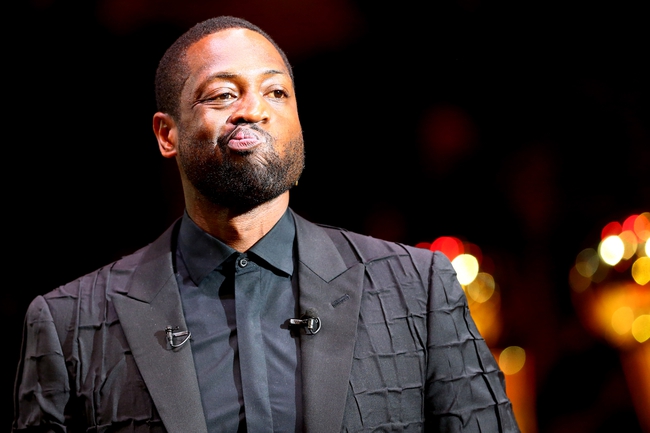 The 92-93 Charlotte Hornets were ranked 78 overall with a 79 inside scoring rating and a 78 outside scoring rating. These Hornets were led by Alonzo Mourning who had a 85 overall rating and 58 driving dunk rating. Larry Johnson was the second highest rated player with an 83 overall rating and 74 rated three point shot. The Hornets then had four players who could all shoot threes and were rated at least 75 overall in Kendall Gill, Muggsy Bogues, Dell Curry and Johnny Newman. The 92-93 Charlotte Hornets pretty much fall off a cliff after that in terms of highly rated players, but they were one of the better offensive teams in the league this season and can be dangerous if they get hot from deep. Get NBA Picks and NBA Predictions for EVERY GAME at Sports Chat Place.

The 05-06 Miami Heat were ranked 80 overall with a 78 inside scoring rating and a 76 outside scoring rating. This Heat team was led by a young Dwyane Wade who was rated 95 overall with a 73 three point shot and 80 driving dunk rating. Shaquille O’Neal was the second highest rated player with an 89 overall rating and 75 driving dunk rating. The 05-06 Miami Heat then had six players rated at least 75 overall, including some three point threats in Jason Williams, Antoine Walker, Gary Payton and James Posey. This Heat team also had their own version of Alonzo Mourning, who was rated 75 overall with a 61 driving dunk rating. Of course, this 05-06 Miami Heat ended up winning the NBA Championship, and they weren’t too shabby on the defensive end with a 67 rating.

The 05-06 Miami Heat are clearly the better team here, as we're talking about a team that won the NBA title against a team in the 90s that got dusted in the second round of the playoffs. Shaq is a machine in this game and this version of Wade was nearly unstoppable. This should be a comfortable win for the Heat. With that said, this is a ton of points to lay and you must have a ton of confidence in the computer to lay this sort of number. There have been a lot of blowouts in these NBA simulations, but this line is thick to say the least.

I'll take my chances with the 92-93 Charlotte Hornets and the points.

The pick in this article is the opinion of the writer, not a Sports Chat Place site consensus.
Previous Pick
Brooklyn Nets vs. Los Angeles Clippers - 5/22/20 NBA2K NBA Sim Pick, Odds, and Prediction
Next Pick
Which Player Played in the Most Games For Their NBA Career.