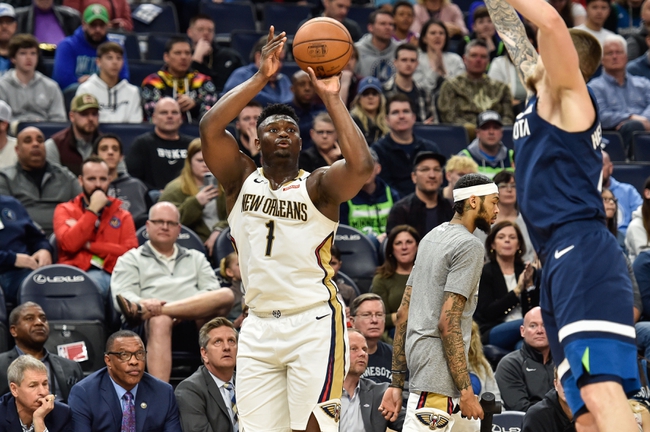 This is your daily roundup of all the current NBA news that will affect the 2020 season. American pro basketball is tentatively set to return, and with some luck it won’t be long before all the NBA stars are back on the court to finish off the 2019-20 regular-season campaign and the playoffs. Let’s take a closer look at today’s NBA news and updates. Get Free NBA Picks and NBA Predictions for every game all season long at Sports Chat Place.

When Will the NBA Return? - Unfortunately, we’ve still got a few weeks to go before any proposed meaningful NBA activity will occur. Provided all goes according to plan, the league will begin virus testing on June 22, and training camps are set to open at each team’s home facility on June 30. After that, all teams will travel to Orlando on July 7, and the NBA season will resume on July 31.

The remaining NBA teams will play eight games to officially finish off the regular season, and that play will include the 16 current playoff teams and the six teams within six games of their conference’s No. 8 seed. (22 teams in total.) There’s also the possibility of a potential “play-in” tournament to determine the final seed in each conference, which may or may not be necessary. All the basketball will occur at the ESPN Wide World of Sports Complex within Disney World in Orlando, Florida. There are still many details to iron out, but the league appears to have a pretty solid overall plan in place. As expected, the dates and plans are subject to change, and we’ll keep you posted in the daily NBA updates.

The 14 NBA Lottery teams would then consist of the eight teams that failed to qualify for the restart, as well as the six that don’t qualify for the playoffs following the eight-game regular season finish.

Provided all of the dates line up and the NBA doesn’t experience any setbacks in restarting (which is still a pretty foggy proposition at this point), the 2020-21 NBA regular season would be pushed back as well, likely beginning on December 1, 2020.

Who Will Be the First Pick in the 2020 NBA Draft? - Now that we’re (probably) getting the NBA back this season, it’s time to start projecting draft positions. This will be an interesting year, as there’s no consensus No. 1 overall pick like there was with Zion Wiliamson last season.

Whomever lands that top selection in the lottery will have a heavy bearing on the player selected, and as of now Golden State, Cleveland, Minnesota, Atlanta and Detroit have the best odds. If the Warriors do end up with that No. 1 spot, Memphis’ James Wiseman (who averaged 30.8 PPG and 16.7 RPG) looks like he’d fit in pretty well. As the lottery draws closer, we’ll be hearing plenty of rumors of teams' interest in guys like Anthony Edwards, LaMelo Ball and Deni Avdija, all of whom most people are projecting to land in the top five selections.

As with all things NBA Draft however, those names and dates are subject to change, so we’ll keep you up to speed with all the current rumors and news in our daily NBA updates. Stay tuned.