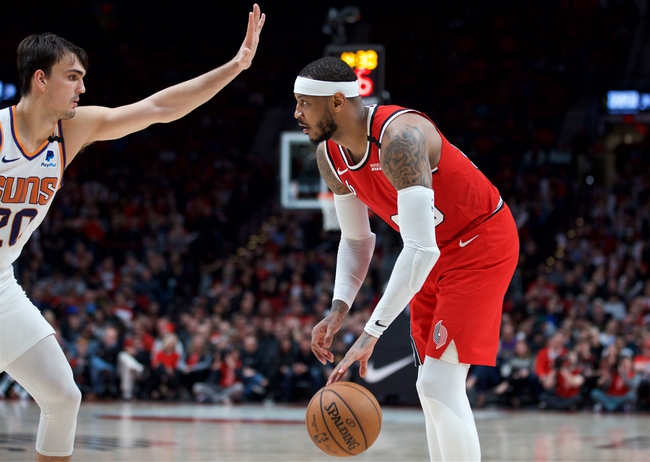 Here’s your daily roundup of all the current NBA news that will affect the 2019-20 season. Today we have a potentially earlier target date for the restart, as well as the usual tidbits from the upcoming Draft Lottery, so let’s take a closer look at today’s NBA news and updates. Get Free NBA Picks and NBA Predictions for every game all season long at Sports Chat Place.

New NBA Restart Date? - According to reports on Thursday, the league is targeting an earlier (albeit very slightly) return date of July 30. That would be a Thursday, as opposed to the originally proposed restart date of Friday, July 31. It’s only a day earlier, but hey we’ll take it, right?

So why is the NBA looking at getting started a day earlier? Well, it’s pretty simple. the league has a major broadcast partner in TNT, who normally has its yearly contract rights set up to carry Thursday games. ESPN gets Wednesdays and Fridays, ABC has Sunday matinee games and NBA TV takes the rest. A new Thursday start date would enable TNT to kick off the restart with a full slate of games as opposed to having to wait nearly a week. The idea sounds relatively petty on the surface, but it would provide some additional revenue-sharing pay for the players and keep a longtime league partner happy. Everything is subject to change of course, but we’ll keep you posted.

Will All NBA Players Return? - If all goes according to plan, the league will finish off the regular season schedule with eight games, then move on to the postseason. The teams included in the restart are the 22 with a fighting chance at making the top eight seeds in their respective conferences, and the other six will go home when the postseason begins. That said, there have been reports this week about players feeling uneasy over the restart process.

One NBA name who spoke out this week was the Blazers’ Carmelo Anthony, who expressed reservations about the lack of detailed information the league has thus far provided to the players. Anthony has become a nice rotation guy for Portland, averaging 15.3 PPG and 6.3 RPG. If his sentiments hold any widespread weight—and there have been reports of “40 to 50 unnamed NBA players” who hold the same sentiments—the playoffs this season could look much different. That said, the league has announced that any players who choose not to take part in the restart will not be penalized outside of not being paid for those games, and will in all likelihood formally address any players' major concerns.

2020 NBA Draft Lottery - The eight teams who had bad enough records to keep them out of the NBA’s restart can now focus on the 2020 Draft Lottery, which is still scheduled for August 25. Those eight teams are the Warriors, Knicks, Cavaliers, Pistons, Hawks, Bulls, Hornets and Timberwolves.

Golden State, Cleveland and Minnesota each has a 14% chance at hitting that No. 1 overall pick, followed by Atlanta at 12.5% and Detroit at 10.5% so we won’t have a great feel for where most players will go until after the lottery. Assuming the 1-3 spots don’t change (and they almost always do), lots of mocks have Georgia SG Anthony Edwards going to the Warriors, then some combination of USC center Onyeka Okongwu and NBL guard LaMelo Ball going to the Cavs and Timberwolves.

As the draft lottery draws closer we’ll begin lining out some of the various scenarios, so stay tuned.

The pick in this article is the opinion of the writer, not a Sports Chat Place site consensus.
Previous Pick
Which NBA Player Had The Most Turnovers During Their Career?
Next Pick
Bayern Munich vs. Gottingen - 6/12/20 BBL Basketball Pick, Odds, and Prediction