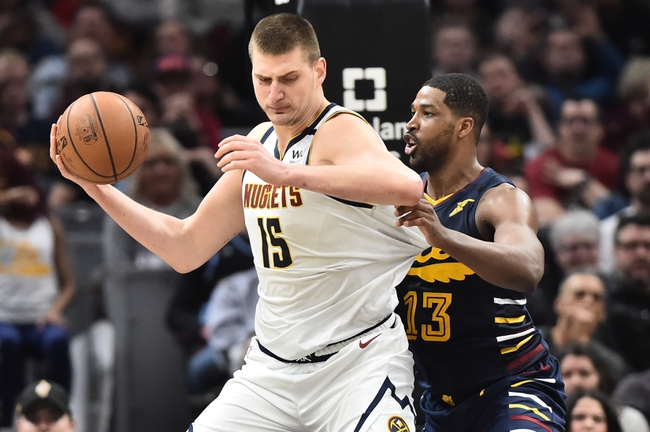 Here’s your daily roundup of all the NBA news that will affect the 2019-20 season. Today brings more information on the league’s restart and playoffs, so let’s take a closer look at the latest NBA updates. Get Free NBA Picks and NBA Predictions for every game all season long at Sports Chat Place.

NBA Players Concerned About Restart? - One of the larger items in the NBA news feed today is a report of a “significant number” of players who are disappointed that they weren’t allowed to vote on whether to restart the 2019-20 season. The NBA executives and board approved a 22-team return format last week, and games will be held at the Walt Disney World Resort in Orlando, Florida.

Although it’s unclear how many players are involved here and what their specific concerns are (it’s a pretty foggy report with few details as of right now), but much of the concern is likely due to coronavirus issues and potential negative public optics. There are a few players who have publicly expressed concern about returning to play, among them Carmelo Anthony and Jerami Grant.

This is obviously uncharted territory, and contacting players individually to address specific concerns likely isn’t easy. The NBA has said that any player who doesn’t wish to participate in the restart won’t face any disciplinary action beyond lost wages for those games, but this could cause some discord among teams with mixed feelings. We'll continue to monitor this one.

New-Look Nuggets - Here’s a fun and interesting NBA story that emerged Thursday. Denver Nuggets center Nikola Jokic came out of lockdown and made an appearance at a Serbian gym; he was near unrecognizable after a jaw-dropping weight loss transformation.

It’s unclear how much weight Jokic shed from three months ago, but he’s listed at a hefty 7 feet and 284 pounds. There were some concerns about Jokic’s athleticism and conditioning heading into the season, but his 20.2 PPG, 10.2 RPG and 6.9 APG through the first 65 games of the season quieted the doubters. It remains to be seen how the new lean frame will affect Jokic’s playing style, but Denver should be a pretty fun team to watch when the league resumes play.

New Schedule Details - As we get closer to the targeted July 30 restart date for the NBA, more of the details are becoming clearer. The plan is for teams to begin training camps July 9-11, then there will be a quick eight-game end to the season before the playoffs begin. Six teams will go home after those eight games.

So, as an overview, the time commitment that most NBA teams will have to spend at Walt Disney World is fairly modest. Fourteen of the teams will be eliminated from play within 53 days of arriving at the facilities, and only four teams will still be playing after 67 days—that would be the conference finals. That round is expected to end within a maximum of 82 days and an “if all goes well” start date of September 30 for the NBA Finals.

It’s an ambitious plan, but seems workable. We’ll continue with more details in our daily NBA updates, so stay tuned.