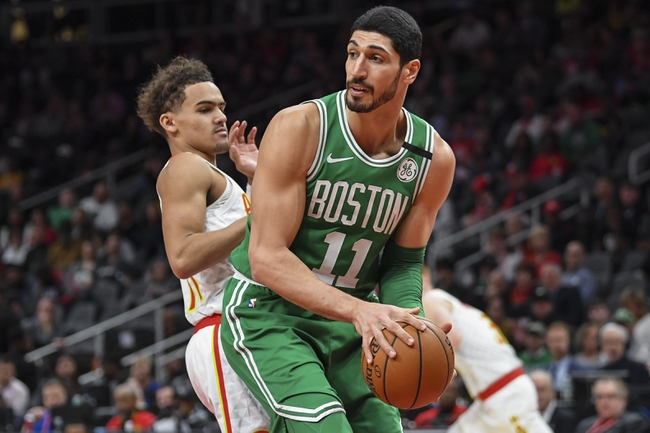 Here’s your daily roundup of all the NBA news that will affect the remaining 2019-20 season and playoffs. Today we’ve got some tidbits and rumors to digest surrounding the league’s restart, so let’s check out the latest NBA updates. Get Free NBA Picks and NBA Predictions for every game all season long at Sports Chat Place.

New Enes Kanter Quotes - The ever-quotable Enes Kanter provided a bit of intriguing potential insight on the mindset of some NBA players as the league moves toward a restart. An interview with the Celtics forward came out this weekend, and in that interview Kanter alluded to conversations he’s had recently with “friends on different teams.” According to Kanter, those certain friends are all on Eastern Conference teams, and those friends also say they’re not going to suit up and play in Orlando this season unless a coronavirus vaccine is available (which, during the timeline the league has planned for the postseason, a vaccine realistically will not be anywhere near widely available in time).

It’s tough to tell how much validity Kanter’s off-the-cuff comments have, but if they’re true in any way it could have devastating effects on the playoff field this season. Some NBA players—veteran Carmelo Anthony of the Blazers among them—have publicly voiced concerns over the league’s restart plans for various reasons, including health/safety issues and national optics. The NBA has maintained that players who do not wish to participate in the restart don’t have to, and won’t be penalized for it beyond lost wages for the eight remaining regular-season games and playoff outings. That said, there’s nothing easy about figuring out how best to get the players back on the court again, so we’re bound to hear plenty of conversations and opinions about a hundred different scenarios as we get closer to the restart. Stay tuned.

Danny Green Is Still Doubtful - Despite the NBA’s public optimism about getting the season going again, there have always been lingering doubts about the process. Lakers player rep Danny Green added his voice to the fray this weekend, saying the restart process was still “very up in the air right now.”

Green’s entire quote seemed optimistic but cautious, which is understandable. He added that “there are still a lot of moving parts” and “we have eighty percent knowledge of how Orlando is going to be,” stressing that a concrete outline for the Disney World scenario still remains to be determined. Green also alluded to the league’s plans of operating in that Orlando “bubble,” characterizing the situation as it “doesn’t seem as effective as they would like or as lenient as we would like.”

Green and many other player representatives are likely just being cautious at this point, and generally speaking it seems like things will be moving forward as planned. Detailed information just isn't available right now as the NBA attempts to cobble together the remainder of the season, however. Most everything will be speculation until it's implemented. Rest assured, players will have to make some very tough personal decisions in the coming weeks. We’ll keep you updated as all the new information rolls out.

The pick in this article is the opinion of the writer, not a Sports Chat Place site consensus.
Previous Pick
ALBA Berlin vs. Rasta Vechta - 6/13/20 BBL Basketball Pick, Odds, and Prediction
Next Pick
NBA News: Update for 6/15/20