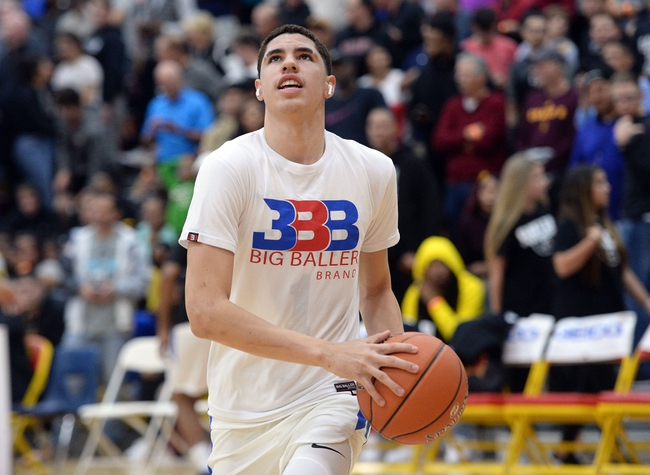 Here’s your daily roundup of all the NBA news that’s affecting the 2019-20 season restart and playoffs. Today we’ve got more info on the Disney World setup that will host the games as well as a few draft tidbits from around the league, so let’s check out all the latest NBA updates. Get Free NBA Picks and NBA Predictions for every game all season long at Sports Chat Place.

NBA Season Restart Updates - As each day passes, we’re getting more and more information on what the league will potentially look like when the teams finally get back on the court. By all indications it will be strange: teams will be playing games in isolation at Disney World facilities. Right around 1,500 players, staff and coaches will be tested before entering the isolation bubble in Orlando, and for up to three months they’ll have almost no contact with others as the league finishes the season and playoffs.

Getting the Disney World “bubble” set up will be complicated, but the solution is sound as long as everything goes to plan. There will be plenty of details to iron out as well; the league will have to be stringent in testing and isolating players so the virus doesn’t reach the Disney World facilities. It’ll be psychologically tough for the players; one long, strange road trip with no fans around. The longer teams stay alive in the playoffs, the longer that road trip will be, so there’s a mental aspect here that everyone will have to figure out.

All things considered though, if the players, staff, coaches and Disney employees all take this seriously and use proper sanitation precautions, this plan should work and we should be able to get a smooth resolution to the season.

2020 NBA Draft Outlook - With the return of the NBA season comes renewed talk about other league activities, and chief among them is the 2020 NBA Draft. Due to the lockdown restrictions that have been in place, prospective draft picks haven’t been able to visit with teams or see facilities in person as per usual. Still, with the restrictions easing across the country and the NBA formulating concrete plans on a restart, we should be plenty familiar with the top names on the board by the time the draft rolls around on October 15.

We’ve still got to get through the NBA Draft Lottery (which is always one of the major highlights of the offseason) before we know what the picking order will be, and the date for that is still August 25. As it stands right now Golden State, Cleveland, Minnesota, Atlanta and Detroit are all among teams with the highest chances of landing that No. 1 overall pick, but there’s not an overall consensus top selection like there was with Zion Williams.

With no clear-cut frontrunner, mock drafts have been all over the place, flip-flopping guys like LaMelo Ball, Obi Toppin, Anthony Edwards, James Wiseman and Onyeka Okongwu around the top five picks. Ball in particular has been an intense source of discussion, and he’s really improved his draft stock after a solid run playing professionally in Australia. Ball is still only 18 years old and does have the raw talent to be an NBA star, but he’ll need some seasoning and developmental work before he can reach his full potential.

There’ll be plenty of new stories emerging as the lottery draws closer, so we’ll keep you posted in the daily updates. Stay tuned.

The pick in this article is the opinion of the writer, not a Sports Chat Place site consensus.
Previous Pick
Which NBA Player Had The Most Playoff Fouls During Their Playoff Careers?
Next Pick
Joventut Badalona vs. Barcelona - 6/17/20 Spain ACB Basketball Pick, Odds, and Prediction