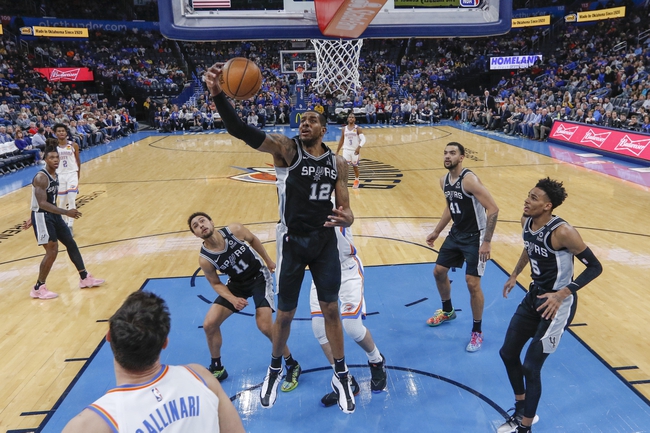 Here’s your daily roundup of all the current NBA news that will affect the 2019-20 season restart and playoffs. Today we’re looking at some more details and player notes stemming from the league’s still-developing plans, so let’s take a closer look at the latest NBA updates. Get Free NBA Picks and NBA Predictions for every game all season long at Sports Chat Place.

The Kyrie Irving League? - An odd story has been circulating in NBA news circles for the last 24 hours or so involving the Nets’ Kyrie Irving. Initially, reports emerged about some comments Irving made recently during a group chat with Nets teammates, where he proposed that the players start their own league, not necessarily in response to the NBA’s “bubble” plan for Disney World, though.

Shortly afterward however, additional reports started popping up claiming Irving never suggested a new league, and after those comments hit the newsfeed he left the team's group chat. Two other Nets players also confirmed the initial reports were fake, so this new stuff all seems like a big ball of nothing. That said, Irving did express reservations against the season restart on a conference call with the league and players last week.

NBA Season Restart Updates - The NBA will be resuming a quick end to the regular season and playing out the postseason in Disney World beginning July 30, and though most of the framework for the plan is in place there are still plenty of details that are hazy. We’re learning more about the specifics for the NBA’s restart every day, so let’s check out some of the latest developments.

Nothing is carved in stone yet as far as roster sizes for the playoffs, but the league and players are expected to agree on a proposal that allows teams to have 17-man rosters at Disney World. There’s a major case for expanding the rosters, as there are some genuine fears of players testing positive for coronavirus and having to sit out games. With the isolation protocols in place within the bubble, it would be impossible to cobble together a roster during certain situations. Having extra players on site would be a mind-easing advantage, so we can probably expect an amicable solution soon.

What About Injured Players? - It’s still unclear what the league will decide on as far as replacing already-injured players in Orlando. Some teams are already without major stars, like Utah and Bojan Bogdanovic, who had season-ending wrist surgery shortly after the postponement. Another is LaMarcus Aldridge, who had shoulder surgery in April and will not be joining the Spurs. The Nets will be without Kevin Durant and the aforementioned Kyrie Irving.

There are dozens of examples like these among the restart teams, and this will be a point of discussion moving forward. The extra roster spots should provide some flexibility, but injured players wanting to travel with and support their teams at Disney World would have to count as members their franchises’ traveling parties, which are capped at under 35 people. Frankly there probably won’t be enough room in most cases.