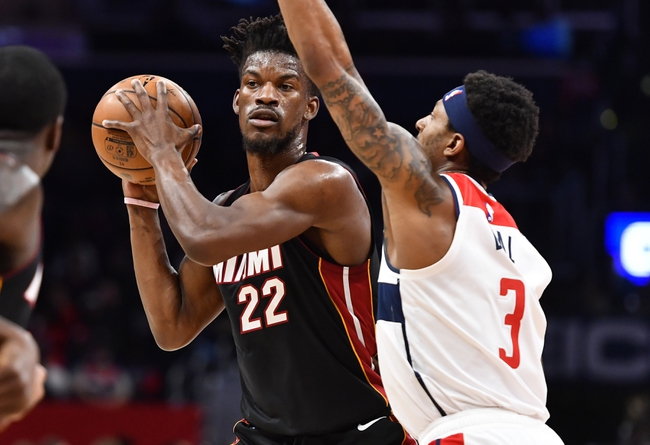 Here’s your daily roundup of all the NBA news that’s affecting the 2019-20 season restart and playoffs. Today we’re continuing to examine what the league will look like when the games begin as well as checking in on a few star players, so let’s jump right into the latest NBA updates. Get Free NBA Picks and NBA Predictions for every game all season long at Sports Chat Place.

NBA “Smart Rings” - The NBA has a plan in place to resume the 2019-20 season at Walt Disney World in Orlando, and every day we’re learning new tidbits about what life will be like in that bubble—and how players will deal with the situation as they try to navigate their way to a title.

One interesting part of NBA life in Orlando will be the players’ use of “smart rings,” which are reportedly 90 percent accurate at predicting COVID-19 symptoms up to three days in advance. The rings measure heart rate, body temperature and respiratory functions, and players will have full access to the collected data.

The rings are just one more aspect of the tech and safety provisions the NBA is making for the players. In addition to those, players will also utilize Disney Magic Bands, worn at all times and used to get through checkpoints and into rooms.

With all the new details coming in every day, the picture of daily NBA life in Orlando is still pretty blurry, but it will be interesting to see how the league deals with keeping the virus at bay while the teams finish out their seasons. The games are set to restart on July 30, and we’ll keep you updated until then.

NBA Star Watch - Lately there’s been lots of talk about health and safety precautions, housing, sanitation and a thousand other things that don’t actually have anything to do with basketball. Once the NBA teams get back on the court, we can really start focusing on some of the potentially interesting matchups that will occur between teams. There are plenty of big stars left in the field of 22 teams who will participate in the restart, including LeBron James, Kawhi Leonard, Giannis Antetokounmpo, Anthony Davis and Jimmy Butler; all will be fighting for that championship, and there are some great battles ahead in an unprecedented no-fan environment.

Butler in particular is generating some nice buzz as a potential breakout star of this year’s postseason. He’s expected to perform well in this focused basketball environment, and though the Heat have some heavy competition in the East we should see some nice numbers from Butler.

Another intriguing storyline involves the Nuggets’ Nikola Jokic, who recently lost a significant amount of weight during lockdown. It’s unclear exactly how many pounds Jokic lost, but by the eye test his physique has been completely transformed and he looks like a different player. What effect that will have on his game remains to be seen, but it’ll be fun to watch.

We’ll continue to check in from stars around the league as we get closer to restart time, so stay tuned here for daily updates.

The pick in this article is the opinion of the writer, not a Sports Chat Place site consensus.
Previous Pick
Ludwigsburg vs. Bayern Munich - 6/19/20 BBL Basketball Pick, Odds, and Prediction
Next Pick
Which NBA Player Had The Most Defensive Rebounds in a Game?