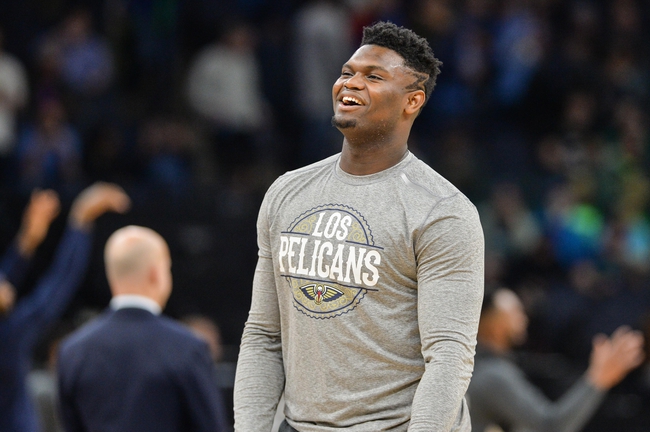 The New Orleans Pelicans hope to hit the ground running when the NBA restarts their 2020 season.

Let’s give a quick breakdown of the Pelicans remaining schedule and how the break impacts the squad moving forward as we gear up for NBA playoff basketball in Orlando.

Roster Update: J.J. Redick will be ready to go after dealing with a hamstring injury before the break. There’s also a chance Darius Miller could play if he looks good in training camp, as he’s almost a year removed from an achilles injury. Nickeil Alexander-Walker has made progress with his wrist, but it’s highly unlikely he sees any playing time regardless. Kenrich Williams hasn’t played since January due to a back injury, but he’s been cleared to practice and should be thrown back into the rotation with games start.

Help Or Hurt: If the Pelicans get Williams back on the floor and can sneak in some minutes for Miller, I’m not sure how the break didn’t help this team. Before the back injury Williams was playing 22.3 minutes per game and provides size and toughness at the forward position. Miller is a potential dark horse, as he shoots 38.2 percent from three for his career and made 41.1 percent from deep on 4.4 attempts with the Pelicans in 2017-18. Those additions would be huge, but the break also gives Zion Williamson time to get into real playing shape and possibly get the coaching staff to lighten up on the minute restrictions. A better conditioned Zion improves the Pelicans chances drastically for a playoff push.

Potential Seeding: The Pelicans are 3.5 games behind the Memphis Grizzlies for the eighth seed in the West and have to be within four games to at least earn a play-in contest. The good news is the Pelicans play the Grizzlies twice out of their eight games and get matchups with the Kings and Magic, two opponents they should be favored against. The schedule looks doable for the Pels, it’s just a matter of taking care of business. Obviously, an eighth seed would give the Pelicans a first round matchup with the Los Angeles Lakers.

Odds: The Pelicans are +5000 to win the West and +8000 to win the NBA title. I enjoy watching the Pelicans play as much as the next guy and I love me some dark horses. The issue I have here is that the Pelicans have better odds in both spots than the Memphis Grizzlies, the team that’s the favorite to get the eighth seed. I have a hard time getting on board with lesser odds for a team that may not even make it to the party. I’ll pass when it comes to future betting the Pelicans.

The pick in this article is the opinion of the writer, not a Sports Chat Place site consensus.
Previous Pick
Los Angeles Clippers: NBA Restart 2020 Preview, Prediction, Picks
Next Pick
Bilbao vs. Tenerife - 6/21/20 Spain ACB Basketball Pick, Odds, and Prediction