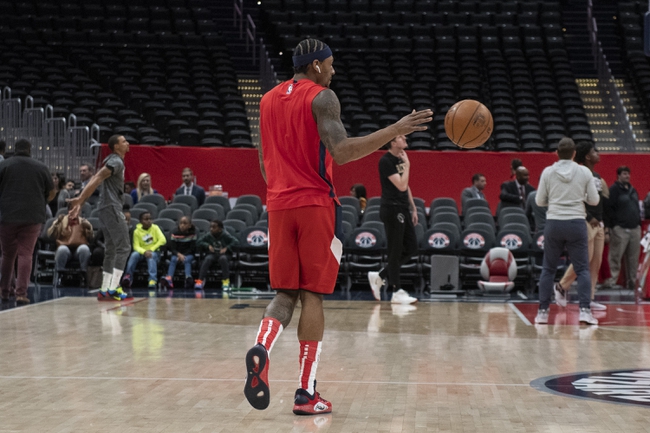 Here’s your daily roundup of all the current NBA news that’s affecting the 2019-20 season restart and playoffs. Today we’re unpacking more stories and rumors on the league’s proposed return to the court, so let’s jump right in with the latest NBA updates. Check back all season long for free NBA picks and NBA predictions at Sports Chat Place.

NBA Restart Plans Update - With teams set to ramp up their training this week and a window for roster transactions set to open, the fact still remains that the NBA Players Association hasn’t technically approved the league’s planned resumption of the season yet. That’s quite a stumbling block, but it seems the general sentiment among players is that the plan is sensible and will be approved.

According to reports that have been trickling in over the weekend, the “overwhelming majority” of NBA players are excited about the league’s proposed bubble plan and want to be there. By most indications, an agreement could be made public within the next 48 hours, and almost definitely before training camps get going again toward the middle of this week.

Sure, we could see a handful of players sitting out (more on that in a moment), and that’s up to them. The league has already said that any players who don’t wish to participate in the restart

It looks like the wheels are full in motion here and things are going relatively smoothly, so we’ll keep you posted as the formal announcements are made.

Rose and Booth’s new positions will entail working directly with teams on league rules, programs, initiatives and competitive elements. The league sees the duo as a great way to help address players’ and organizations’ concerns, and should help build a stronger relationship between NBA League Operations and teams. Congratulations to them.

Bertrans Will Sit Out of Restart - The first NBA player to publicly announce sitting out of the restart is the Wizards’ Davis Bertrans, a 27-year-old Latvian sharpshooter. Realistically speaking, his decision is probably understandable.

Bertrans averaged 15 PPG on 42 percent 3-point shooting this year, his first in Washington. As the NBA gets closer to its planned restart, we could see players in similar situations elect to sit out the remainder of the season. Stay tuned in the daily updates in the meantime; we'll keep you posted on news of any other players who decline to finish off their 2019-20 campaigns.