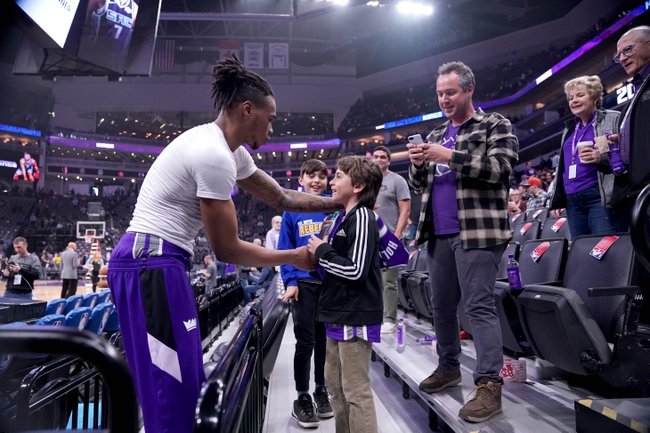 The Sacramento Kings have a chance to make the playoffs for the first time since 2005-06 when the NBA season returns to Orlando in July.

The Kings season looked dead in the water at one point when they were 15-29, but they entered the break playing their best ball of the season and winning seven of their last 10 games. With not much room for error, it’s going to be critical the Kings pickup where they left off if they’re going to end this playoff drought. Get NBA Picks and NBA Predictions for EVERY GAME at Sports Chat Place.

Let’s give a quick breakdown of the Kings remaining schedule and how the break impacts the squad moving forward as we gear up for NBA playoff basketball in Orlando.

Roster Update: Justin James was in and out of the rotation and batting a knee injury, but he was listed as day-to-day back in March so he should be good to go. Marvin Bagley hasn’t played since January due to a foot injury, but he was making progress back in April and there’s a decent chance he could be active when play resumes. The Kings have also signed Corey Brewer, who will make his third stint with the franchise. Brewer hasn’t played this season, but he’s a veteran defensive specialist with playoff experience and can make the occasional outside shot to provide a scoring punch off the bench.

Help Or Hurt: The Kings are going to be as healthy as they’ve been all season long and they just added a veteran in Brewer who provides depth and defense. There’s positives with the break, especially if Bagley, who looked like he was going to miss the remainder of the season, returns in Orlando. However, we can’t ignore that the Kings were finally starting to put things together and won seven of their last 10 games entering the hiatus. Stopped momentum is not a good thing, especially for a team that has a fairly young roster. I’m going to say the break hurt the Kings.

Potential Seeding: The Kings are either going to miss the postseason or make the eighth seed, and they’re currently 3.5 games behind the Memphis Grizzlies. At the very least, the Kings have to be within four games of the eighth spot to earn a play-in game. The Kings control their own destiny and have a reasonable schedule to give themselves an honest shot at a postseason berth.

Odds: The Kings are +50000 to win the West and +30000 to win the NBA title. As I’ve said before, I love me some massive odds and aren’t afraid to take shots in the dark with long shots, but the Kings likely won’t even sniff the playoffs, which makes these options a waste of time. There’s much stronger contenders for that eighth seed and even if they did pull it off, the Kings would get destroyed by the Los Angeles Lakers in the first round. I’d be interested in the Kings throughout the final eight games, but they’re not a team to back in the future market.