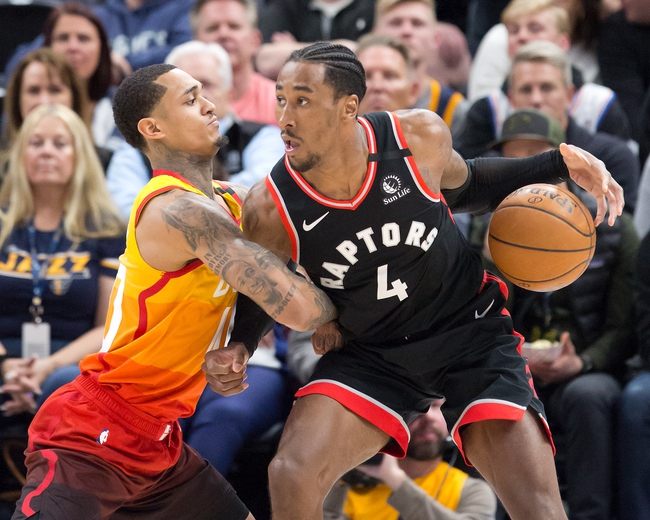 The Toronto Raptors came into the 2019-20 NBA season looking to defend their first championship in franchise history.

Many doubted that the Raptors could get back to the promise land (and possibly even the playoffs) without 2019 finals MVP Kawhi Leonard, who departed for Los Angeles in the offseason. How did the Raptors respond? By sitting 2nd in the Eastern Conference when the NBA halted play, with a 46-18 record, including 21 wins in their last 25 games before the pause. The Raps are still a legitimate threat in the East and have a good chance at repeating, even on a neutral floor.Get NBA Picks and NBA Predictions for EVERY GAME at Sports Chat Place.

Let’s take a look at the Raptors schedule and preview what to expect from Toronto as we prepare playoff basketball in Orlando, Florida in late July.

When it comes to whether or not the break helped or hurt the Raptors, I think it’s a case of a little from column A and a little from column B. The Raptors were rolling, going 21-4 in their last 25 games as I had mentioned before, so the momentum may have cooled off a bit considering the roll that Toronto was on, but the break also allowed key guys to get healthy for Toronto, which is big considering that the Raptors were one of the most banged up teams at points in the league this season. Norman Powell was battling injuries left and right but was having a career year with 16.4 PPG while shooting 50.8% from the field and 39.8% from 3-point range. Fred VanVleet also was in the midst of a career year, putting up 17.6 PPG and 6.6 APG this season, but was also dealing with multiple injuries.

Potential Seeding: Provided that there are no surprises or anything of the sort, Toronto looks like they’ll be in the #2 spot in the Eastern Conference, but the bigger toss-up is who the Raptors would face in that #2 seed. The two most likely opponents are the Brooklyn Nets, who currently occupy the 7th spot and the “host” Orlando Magic who are a half game back in 8th. Of course, the Wizards could throw a wrench in things by forcing a play-in for 8th if they get within four games of 8th by the end of the remaining regular season games.

Odds: Right now, the Raptors are +800 to win the Eastern Conference and +2200 to win the NBA finals and repeat as champions. Toronto had a lot of doubters coming into the year, but the Raptors right now have a good a chance as any to lift the Larry O.B. at the end of the year. I think at +2200 the Raps are worth a serious look to repeat and +800 to win the East sounds pretty feasible as well.